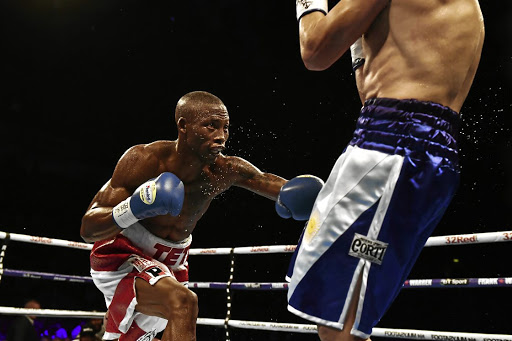 Zolani Tete is in the money-spinning World Boxing Series, which starts in September, while Hekkie "Hexecutioner" Budler could make history in Japan on Sunday.
Image: Charles McQuillan/Getty Images

Zolani "Last Born" Tete must get himself in shape because newly crowned WBO interim bantamweight champion Johnriel Casimero, of the Philippines wants the fully fledged WBO belt that the South African holds.

Sean Gibbons, the matchmaker of Manny Pacquiao Promotions, which guides Casimero's career, is quoted as saying he has reached out to the WBO to get the ball rolling on that fight with Tete, who has defended his belt three times.

"Tell Zolani Tete you better get your act together because Casimero is coming for the WBO belt," Bad Left Hook quoted Gibbons saying this week.

"The Philippines could be a viable option with television and sponsor support, as well as the United Kingdom, where Tete's promoter Frank Warren is based, or the United States."

He says Casimero, who retained his belt with a 10th- round knockout of Cesar Ramirez last weekend in Manila, cannot be an interim champion forever.

Casimero - who was stopped by IBF flyweight champion Moruti Mthalane at Nasrec Arena in 2011 - has previously held the IBF junior-flyweight and flyweight belts. He won the interim belt on April 20 after knocking out Ricardo Espinoza Franco.

The fight was reduced to interim status because Tete was still involved in the World Boxing Super Series.

But an injury ended his participation in the series.

The 31-year-old left-hander from Mdantsane has not seen action since October 13 last year, when he defeated Mikhail Aloyan on points in Russia.

Tete's manager Mlandeli Tengimfene said: "Actually, 90 days is too long. Zolani wants to get in the ring as in tomorrow. We are still waiting for the WBO to respond to us after writing to them three weeks ago enquiring about the same fight.

"The sooner the fight is sanctioned, the better. We can meet him wherever, for as long as they give us good money."

WBO bantamweight champion Zolani "Last Born" Tete is hopeful that he will get a chance to face newly crowned WBA and IBF titlist Naoya "The Monster" ...
Sport
3 years ago
Next Article