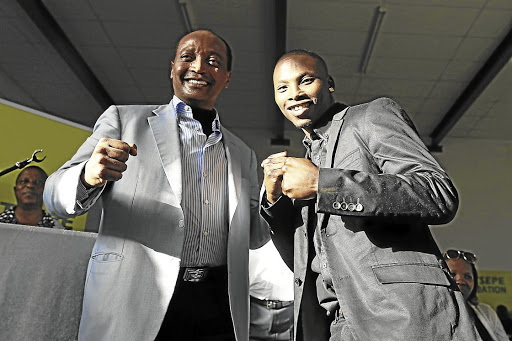 There is growing concern over Zolani "Last Born" Tete's pause in boxing.

The WBO bantamweight champion from Mdantsane has not seen action since October 13 last year. That was due to an injury to his right hand in April this year.

It hit him a few days before facing WBA Super and WBC Diamond champion Nonito "Filipino Flash" Donaire in the unification bout that was the official semi-final of the money-spinning bantamweight World Boxing Super Series.

Tete was replaced by American Stephon Young, who was stopped in the sixth round by Donaire. It is alleged that semi-finalists earned an estimated $2.5m (R37.8m).

Donaire will meet WBA and IBF titlist Naoya "Monster" Inoue of Japan in the final of the series in Tokyo in November.

The total prize money is reported to be $50m. The winner will earn about $8m and the Muhammad Ali trophy while the runner-up will pocket $4m.

Tete has turned 31 and that is the age where signs of deterioration in a boxer's skills start to show. Some men are at their peak around 24 to 28 years, and it is said that a bantamweight fighter might be in his physical prime in his late teens.

Tete is a full-time boxer whose source of income is from fighting. The married man lives with his family at NU17 - a suburb in Mdantsane - but fortunately his house and cars are fully paid up.

Tete still looks after his parents, who also live in Mdantsane, especially his mother Nomonde, whose leg was amputated some years back due to diabetes.

Tete said that his return to action is long overdue.

"There is communication with the camp of Johnriel Casimero [interim WBO bantamweight champion]. I'm hoping to get the date soon. Even my followers are asking earnestly about my comeback."

The boxer added that he has long returned to the All Winners Gym of his manager Mlandeli Tengimfene in Mdantsane, where he is trained by his father Zolile, Loyiso Mtya and Mhikiza Myekeni.

"I want to make sure that I'm in tip-top physical condition when the date of my return to the ring is announced," said Tete.