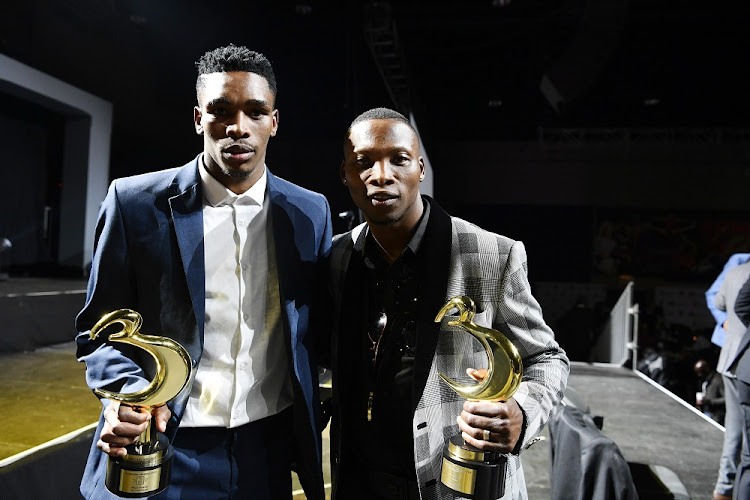 Male Boxer of the Year Tulani Mbenge and Knockout of the Year: Zolani Tete during the South African Boxing Awards at Sandton Convention Centre on May 17, 2019 in Johannesburg, South Africa.
Image: Lefty Shivambu/Gallo Images

Tulani Mbenge walked away with the big prize at the SA Boxing Awards in Sandton on Friday night.

The IBO welterweight champion won the Male Boxer of the Year for 2018‚ with Melissa Miller taking the trophy in the Female category.

Zolani Tete‚ the Male Boxer for the previous year‚ was one of four recipients of special achievements.

Hollywood star Arnold Schwarzenegger will make an appearance at the SA Boxing Awards ceremony in Sandton on Friday night‚ but that’s not what will ...
Sport
3 years ago

IBO world champions Kevin Lerena and Tulani Mbenge go up against each other in the battle for South Africa’s Boxer of the Year award for 2018.
Sport
3 years ago

None of the trio‚ the only SA fighters to have held bona fide titles in the year under review‚ had been nominated for the Boxer award.

Tete was also awarded for his 11-second destruction of countryman Siboniso Gonya in Belfast.

And his Last Born Promotions also made the podium with Xolani Mampunye taking Most Promising Promoter.

Colin Nathan‚ who coaches Mthalane and Budler‚ was named Trainer of the Year while Teris Ntutu of Rumble Africa Promotions‚ the East London-based backer of Nathan’s Boxer nominee‚ Azinga Fuzile‚ was handed the Promoter of the Year award.

Most promising ring official of the year: Simphiwe Gceba

Trainer of the Year: Colin Nathan

Most promising promoter of the year: Xolani Mampunye of Last-Born Promotions

Manager of the year: Colleen McAusland