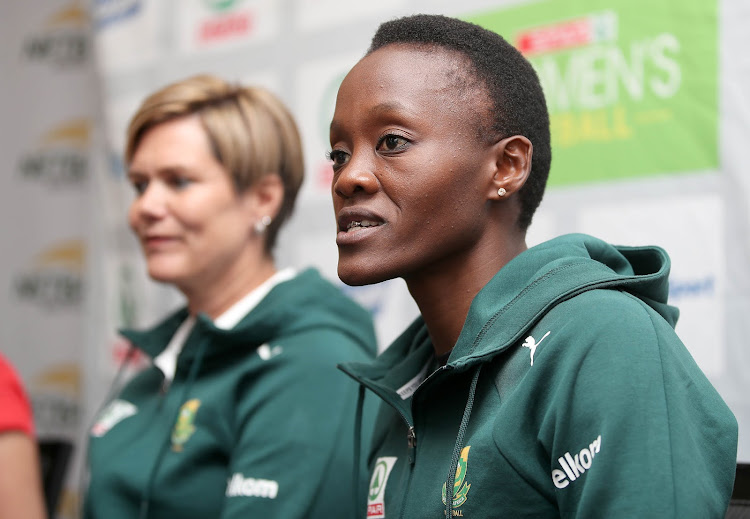 SA netball national team coach Dorette Badenhorst has urged her players to stick to their fitness and diet programmes during the festive season ahead of their trip to the Vitality Nations Cup tournament in England next month.

The South Africans face hosts England‚ Jamaica and world champions New Zealand in the international series and Badenhorst will monitor the players to ensure they remain in good shape.

“We are giving them programmes to follow and I will be working individually with them‚ I will keep on talking to them in the coming weeks‚” she said after the 2-1 series loss to England in Cape Town.

“It’s always difficult to keep our squad together because we have four groups of players.

"Some of the players are leaving on Monday to Australia and England where they based with their respective clubs.”

Badenhorst‚ who took over from Norma Plummer‚ she said they did not have enough preparation time before the series against England and she expects similar challenges in the build-up to the Nations Cup.

“Those are some of the problems that we have‚" she said.

"England trained together for five weeks as a group before they came to Cape Town.

"In that five weeks‚ they played training games and their coach had the opportunity to try out combinations.

"We need that type of preparations time and going forward we need to plan these things properly.

"We are getting together on the 10th of January‚ fly out to England on the following day and play our first game against Jamaica in Nottingham on the 19th.”

Reflecting on the series loss to England‚ Badenhorst said the players will take lots of confidence after they recovered from two defeats to win the final match on Sunday.

“I think players will take lots of confidence going into that Nations Cup in January and new players will believe in themselves more‚" she said.

"The vibe in the team is brilliant and we are excited about going to England to play against some of the best teams in the world.

"We still make mistakes but we will keep on improving the more we play competitive matches.

“The more we play together‚ the more combinations we are going to try out and players develop trust in each other.

"It is not about individuals here but it is about the team.

"We have twelve brilliant players and I can put anyone on court at any given time and they will fight for each other.”

South Africa coach Dorette Badenhorst may make changes for the second match of the netball Test series against England at the Bellville Velodrome in ...
Sport
2 years ago

SA salvage some pride with a convincing win over England

South Africa salvaged some pride with a convincing 54/48 win over England in the third and final match of the Spar Challenge International Netball ...
Sport
2 years ago

England are calling the shots at South Africa’s house party here in the Mother City.
Sport
2 years ago
Next Article