Proteas have much to prove in Netball series against England 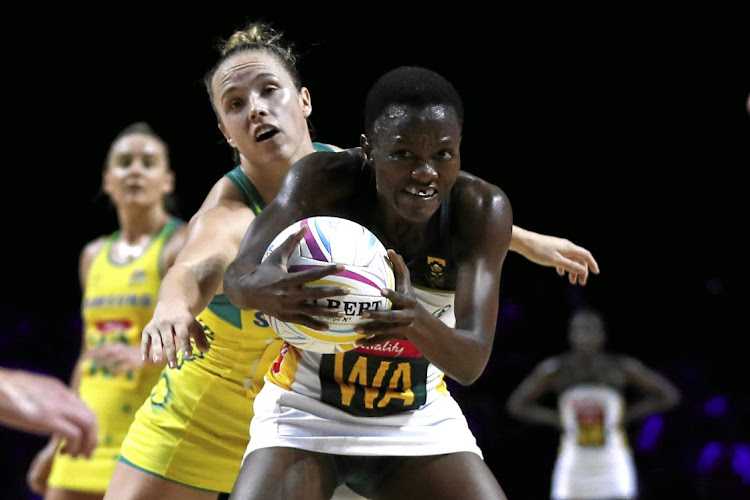 Spar Proteas netball captain Bongi Msomi has said that her team are not feeling any pressure going into their international Test series against the England Roses in Cape Town this weekend.

The three matches at the Bellville Velodrome get underway on Friday night (7pm) and continue on Saturday (3pm) and Sunday (1pm).

South Africa are looking for revenge after the semifinalists lost to England twice at the World Cup a few months ago‚ including for the bronze medal.

“To be honest‚ we are over the pressure thing as players now‚” Msomi said at the pre-Test press conference in Cape Town on Thursday.

“We have been doing really well in our mission to transform from being amateur players to being professional. Rather than feeling the pressure‚ we are excited about playing these types of matches and against top quality sides like England.

“We understand the bigger picture and we want to continue playing the top teams‚ which is how we learned in the build-up to the World Cup where I believe we performed well even though we did not get a medal.

“This series for us cannot be about pressure but it’s about us going out there and doing our best.”

The Proteas will be without rested Karla Mostert and retired stalwarts Maryka Holtzhausen and Erin Burger‚ but Msomi said they have put up a strong and capable squad.

“For us as a team is about going out there and performing. What I like is that the girls have trained well in preparation and they are excited at this opportunity to host a strong team like England‚” she said.

“For some of younger players‚ there may be some nerves going but it also happens to us as senior players. Despite that‚ we just have to step on to that court and try to play some good netball.

“We are excited that we are African champions and I think the girls did well in that competition considering that we lost a couple of senior players. Other than that we all know that African netball is different from what we are going to experience this weekend.”

SA coach Dorette Badenhorst‚ who is in charge for her first bilateral series since taking over from Norma Plummer‚ has urged the players to take their opportunity.

“It was difficult to select the team because we lost a few key players and to replace them is not easy‚” Badenhorst said.

“Our No 1 priority is to win the series and that will be important. This series will help us to see which of the younger players coming in copes well under pressure.”

Visiting coach Jess Thirlby said England are in a rebuilding process after the World Cup‚ and regardless of what happens in terms of results‚ the Roses will return home with important lessons.

“There will be huge learnings. We will get back on the plane home having learned a lot but we absolutely want to put in a good performance and we believe that we have a squad that can compete to win‚” Thirlby said.

“We will be exposing players and we have six here who have never played against SA at senior level before.

“I am excited and it feels like Christmas Eve just because it is a win/win situation and we just have to get past the first game to understand where we are and build up for the rest of the series.”