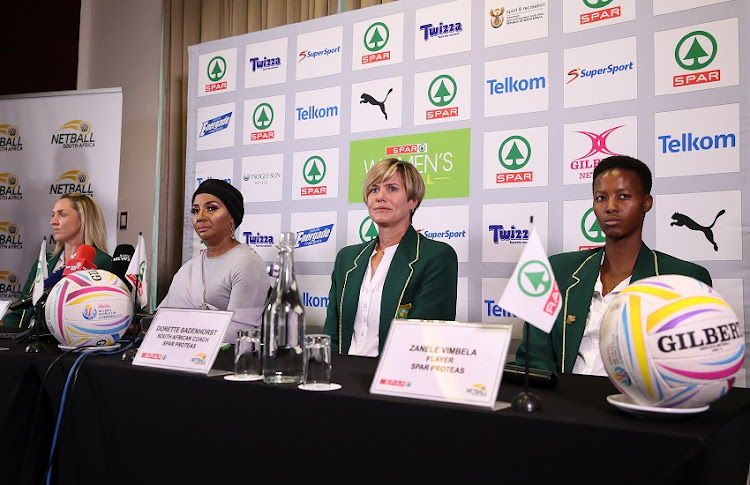 Proteas coach Dorette Badenhorst has announced a strong 15-women preliminary squad to face England in the three-match netball Test series in Cape Town at the end of the month.

The final 12 players will be announced on the 28 November.

The Proteas takes on the Roses at the Bellville Velodrome on November 29‚ November 30 and December 1‚ and then after the series Badenhorst and assistant Dumisani Chauke will select the team for the Vitality Nations Cup in January next year in Birmingham.

“We will select the final 12 players to play against England after few days of training and camp‚” said Badenhorst.

“We are looking forward to an interesting Test Series with a lot of new players in the England team as well as experienced players like Stacey Francis who will be back on court for England.

"After the completion of the series will select the 12 players who will participate in the Vitality Nations Cup in January 2020‚” continued Badenhorst.

Some of the key players that have been selected are captain Bongi Msomi‚ Lenize Potgieter‚ Khanyisa Chawane‚ Ine-Mari Venter‚ Phumza Maweni‚ Monieque Reyneke and Precious Mthembu.

“We are happy and proud of the team that the coaching duo has put together.

"We have 15 players selected as opposed to 12‚ and this is an indication of how the game is growing and this gives us good headaches.

"We are seeing growth in the sport and this is what we have always aimed for as a federation.

"The assembled team is very strong‚ and we have full confidence that they will deliver the results‚” said Netball SA president Cecilia Molokwane.

SA and England will be meeting for the fourth time this year with the Proteas having won one match during the Quad Series and the Roses coming on top twice during the 2019 Netball World Cup.

In their last six matches‚ England have won four and South Africa two.

But the matches have all been close and hard-fought encounters.