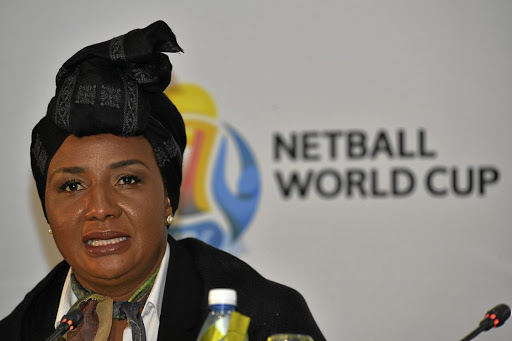 For a "little" sporting code, netball has been flexing its muscles and the public at large, as well as the powers that be, have taken notice.

Building on a solid couple of years, netball is celebrating a haul of three awards from the SA Sports Awards, which took place in Durban last week.

Netball South Africa, the federation that runs the sport, was crowned the Federation of the Year, while its president, Cecilia Molokwane, won the Administrator of the Year prize.

The senior netball team won the Team of the Year, following an outstanding 12 months where they came fourth at the Netball World Cup earlier this year and won the Africa Cup last month.

While the survival and ability to thrive for any sport rely on the public's interest, and the established crown jewels in this country are rugby, football and cricket, netball's nomination in six categories bucked the trend in a major way.

For Molokwane, the acknowledgement was a victory in itself.

"It has just been an unbelievable year. The nominations, the most for any federation in the awards' 14-year history, are a reflection of the amount and level of work that has been going on behind the scenes for a long time. On a personal note, I am very excited about the challenge and responsibility that I have been given. Being the president has made me realise that there is a new person inside that I never knew existed. One of the biggest lesson has been the willingness to learn from different people," Molokwane said. 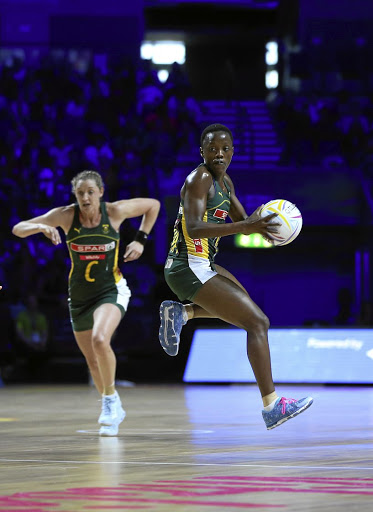 The inroads made have not only been many, but substantial. Numerous sponsors came on board, the federation beat New Zealand for the rights to host the 2023 Netball World Cup, and the senior national team won the Africa Cup, a tournament they had never been a part of, despite the team being ranked on the top spot on the continent.

"While it's big to be the first country on the continent to host the world cup, along with that comes the capacity to grow the sport near and far.

"The Legacy Programmes are not only about us in South Africa, but I'm proud that the entire continent will also benefit. We will have the ability for talented individuals to be identified and trained, be it players, coaches and umpires. In addition, every province will get facilities - which are not only going to be used for netball, by the way," Molokwane said.

"I am, however, proudest of the Africa Cup victory. Prior to that, our counterparts on the continent felt we did not really deserve our ranking. So, to actually compete and win after nine years showed we are a team to reckoned with. We did it without four of our top players also - Phumza Maweni, Erin Burger, Karla Pretorius and Maryka Holtzhausen," she said.

Molokwane's love affair with netball bloomed in the dusty streets of Polokwane, where her height and forceful personality opened doors, but her resilience and formidable bond with her late husband saw her to the peak.

"I initially had no interest in netball whatsoever and only played because I was following my sister's lead. Sprinting was where my interest laid, but I grew as a netball player when I went to university. The team needed my height and elevation, so I was in. I stayed the course and was fortunate because I never lost my way. I was with my late husband from the age of 20 and he kept me focused, courageous and grounded. He also gave me a sense of stability and security," she said.

With the politics of the country being what they were and still are in many instances, Molokwane never envisioned her life as is right now. 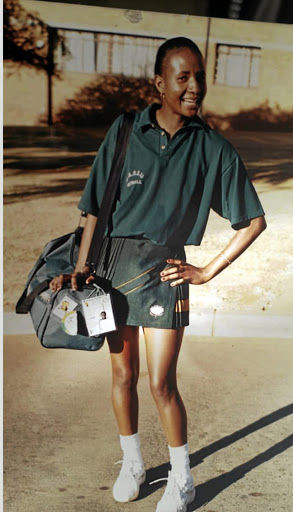 Cecilia Molokwane during her playing days at university.
Image: Supplied

"As a player, I looked up to New Zealand goal shooter Irene van Dyk, but also the late Rosina Mogotsi and Portia Dimu, who found a way despite being black players in a sport that did not appreciate them," she said.

"Honestly, never in my wildest dreams did I think I could be the president of NSA. Coaching I could see, since I always wanted to make a difference. There were a lot of down moments and being left out of the 1996 under-21 World Cup squad still hurts the most and could have killed any passion and desire, but I persevered, thanks to my husband. Adversity was preparing me to be the leader I am today."

While this year should have been nothing but bliss, devastation coloured Molokwane's experience when her husband of 23 years, Lerato, died in February, followed shortly by her mother, who passed on while the Proteas were competing at the World Cup in Liverpool, England, in June.

Molokwane's parting shot makes it clear she is only getting started, and she will not rest until the sleeping giant that is netball in SA is fully awake.

"The next step is a fully-fledged professional league where we can expose our players to the rigorous, intensive pace required to be a consistent contender globally. Secondly, the game should be accessible for all. A little girl in Hammarsdale, where our captain Bongi Msomi is from, should know it can be done."

Thembi Kgatlana burst into the broader South African football landscape three years ago, and as a striker, she had the precision and nonchalance of a ...
Sport
2 years ago
Next Article