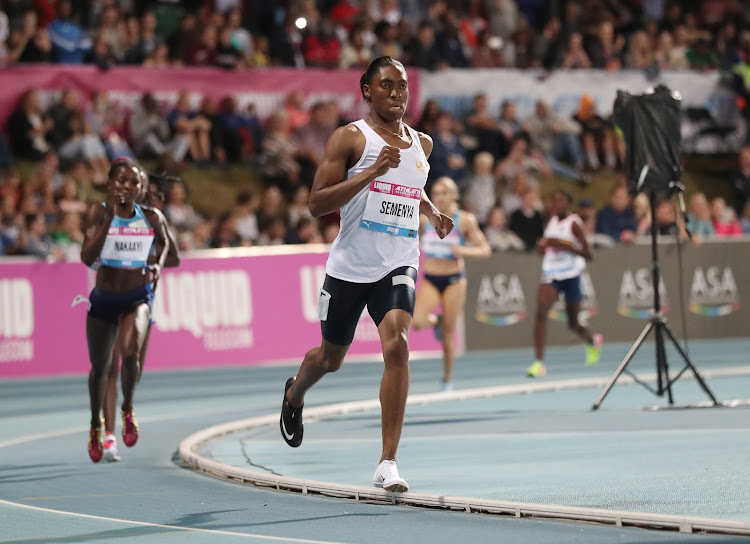 Although there will be no pace-maker to assist her‚ Semenya‚ the world championship bronze medallist in this event‚ will go up against US-based Dominique Scott‚ holder of the 4min 07.25sec SA indoor record.

Semenya‚ winner the SA outdoor title at the national championships in Pretoria this past weekend‚ has already come close to the 4:01.81 Budd posted in Port Elizabeth on March 21‚ 1984.

“At SAs it is all about the title‚ so the race is more like to be tactical‚” Semenya said‚ referring to her 4:10.68 effort at the Tuks track on Friday night.

“I am really looking forward to Zola’s record.

"I have the 800m and the 1000m record so it will be good to get the 1500m record too‚” she added in a statement released by organisers on Monday.

Semenya and Scott are both in great shape.

Semenya ran her fastest-ever 800m time on home soil at the weekend and‚ at the second meet of the series‚ also in Pretoria nearly two weeks ago‚ she broke the rarely run 1000m mark.

Meanwhile‚ Carina Horn‚ who went 11.03 to beat Evette de Klerk’s national 100m mark at the SA championships‚ has been confirmed for the Paarl meet.

Her next target is the 11-second barrier.

World long jump champion Luvo Manyonga is doubtful for the third and final leg of the Athletix Grand Prix at the Dal Josaphat Stadium in Paarl on ...
Sport
4 years ago

Puma South Africa have set the record straight and said they had nothing to do with the decision that saw Athletics South Africa (ASA) officials at ...
Sport
4 years ago

South African sprinter Akani Simbine is using the second leg of the Liquid Telecom Athletix Grand Prix race at Tuks Stadium as part of his build-up ...
Sport
4 years ago
Next Article