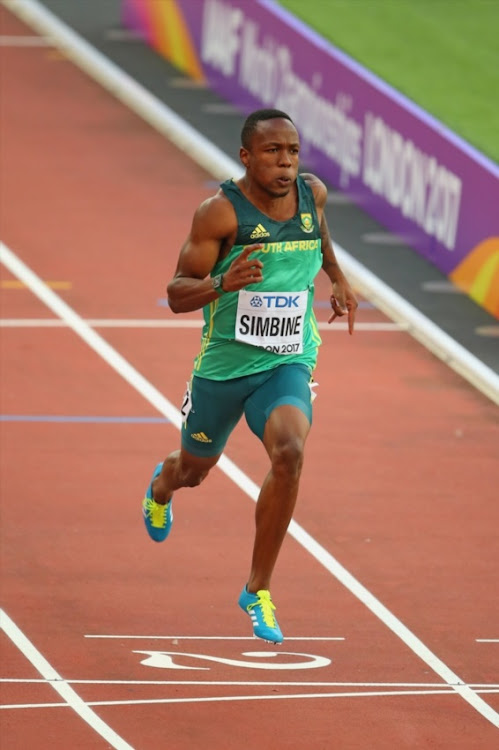 Akani Simbine in the semi final of the 100m during day 2 of the 16th IAAF World Athletics Championships 2017 at The Stadium, Queen Elizabeth Olympic Park on August 05, 2017 in London, England.
Image: Roger Sedres/ImageSA/Gallo Images

South African sprinter Akani Simbine is using the second leg of the Liquid Telecom Athletix Grand Prix race at Tuks Stadium as part of his build-up to the Commonwealth Games to be held in the Gold Coast‚ Australia‚ next month.

Simbine will also focus on the South African National Championships at Pilditch Stadium next weekend in a bid to fine-tune his preparations before departure to Queensland where he is one of South Africa’s gold medal contenders.

“This is my first race of the season and it is important for me to win on Thursday in the Grand Prix because it is an opportunity to build up for the Commonwealth Games‚" he said.

"Every event that I take part in is important because I am always looking to better myself as an athlete.”

The 24-year old Simbine‚ who earned the title of Africa’s fastest man after he clocked 9.89 seconds in a 100m event in Hungary two years ago‚ will not race against Justin Gatlin as the American world champion will only take part in the 150m against Anaso Jobodwana.

Simbine out-sprinted Gatlin to win the 100m race in a time of 9.99 seconds in the Diamond League meeting in Doha last year and he said it was about confidence.

“There are four weeks left before the Commonwealth Games and I need to use the race as much as I can to sharpen up so that by the time I get to Australia in April I am ready to push for faster times‚” he said‚ adding that he would race in both the 100m and the 200m in the SA Champs next weekend.

“I will be doubling up at the SA Champs because I need to get race fit and that will help me to prepare for the season‚" he said.

"100m is short and you can’t think too much out there.

"You just have to go out there and make sure that everything goes right.

"The 200m is different altogether‚ you heard Justin (Gatlin) earlier saying that it’s like playing chess and you can get excited at the start like a 100m but you have to maintain a certain speed and power output.” Simbine failed to get a medal at the IAAF Championships in London last year and he finished fifth in the 100m final.

He was eliminated in the 200m penultimate round but he took valuable lessons from the experience.

“I took it as a learning curve from that experience‚" he said.

"I always said I am a learning athlete so that I can grow.

"I pick up on what I need to improve on so that in the next three years leading up to Tokyo and the next World Champs I am a better technician."