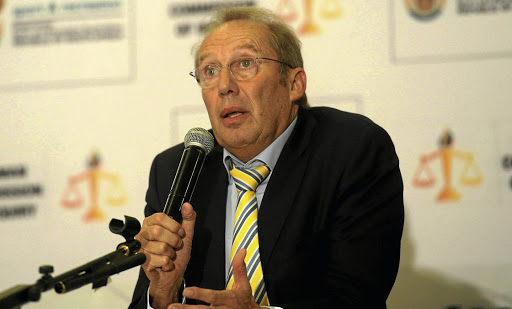 As the appearance of Sascoc's big wigs before the Zulman Commission of Inquiry looms, the Olympic body's former legal adviser, Raymond Hack, offered opinions this week that could further pin the beleaguered board to the cross.

The general feeling from the majority of witnesses so far has been that the board of the SA Sports Confederation and Olympic Committee is dysfunctional and therefore should be dissolved.

"Prior to 2015, Sascoc didn't have these problems. They arose as a result of a culmination of interference from third parties or parties who may have had a conflict of interest," said Hack this week.

"Will you agree with my viewpoint that Sascoc is a gemors [mess] as a result of mismanagement from the president [Gideon Sam], the CEO [Tubby Reddy, who has since been axed] or from the board?" commission panel member Ali Bacher asked Hack.

"In my opinion, the board is currently dysfunctional," responded the former Safa chief executive, who is also of the view that the Sascoc board was not properly constituted.