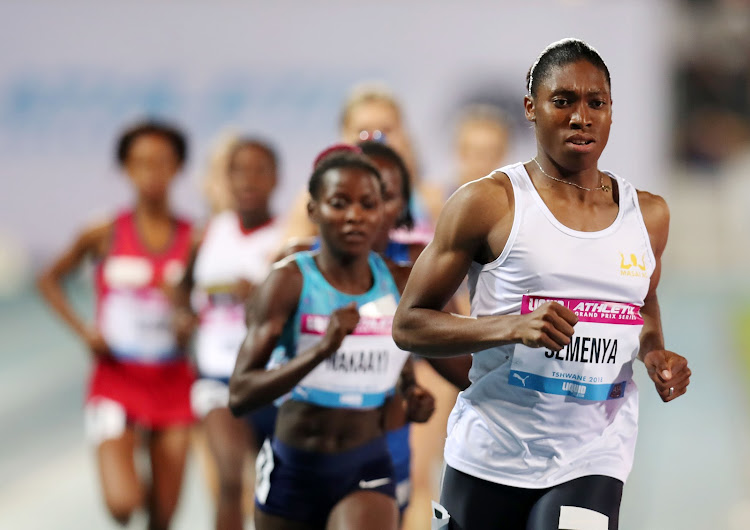 Puma South Africa have set the record straight and said they had nothing to do with the decision that saw Athletics South Africa (ASA) officials at the Athletix Grand Prix meeting force some of the athletes to cover up their kit sponsors’ logos in Pretoria last week.

Top international athletes Justin Gatlin‚ Caster Semenya and Akani Simbine‚ among others‚ competed with tape covering their logos at the sold-out event that was held at the University of Pretoria.

"There is no truth to media reports that PUMA was involved in trying to force athletes wearing rival brands to cover their logos at the Liquid Telecom Athletix Grand Prix Series at Tuks Stadium on March 8‚ 2018 in Pretoria‚" Puma said in a statement.

“Puma is a proud sponsor of athletics in South Africa and on various levels globally.

"We are well aware of the rules and abide by them at all levels and as such would not request athletes or associates to enforce a covering up of logos.

"Not least because this would then impact us in other events where we are not the sponsor and also as it is in clear contravention of the rules.”

ASA last week released a statement where they promised to take action after admitting to the mistake made by their officials.

“ASA has already started with remedial action by calling for an emergency meeting with members of the technical committee to bring to their attention the error that has been made‚" read the ASA statement.

“Necessary steps will be taken to ensure that such errors are not repeated again.

"ASA apologises for the inconvenience that was caused to the athletes‚ the sponsors‚ the representatives and Stillwater Sports.

South African sprinter Akani Simbine is using the second leg of the Liquid Telecom Athletix Grand Prix race at Tuks Stadium as part of his build-up ...
Sport
3 years ago

Caster Semenya is aiming to break the 1000m South African record that has been standing for 35 years when she competes in the Liquid Telecom ...
Sport
3 years ago

Botswana sprint star Isaac Makwala will be in action in the opening meet of the Athletix Grand Prix series at Ruimsig on Thursday.
Sport
3 years ago

Former world javelin champion Julius Yego of Kenya will travel to South Africa to compete in the Athletix Grand Prix next month‚ organisers announced ...
Sport
3 years ago
Next Article