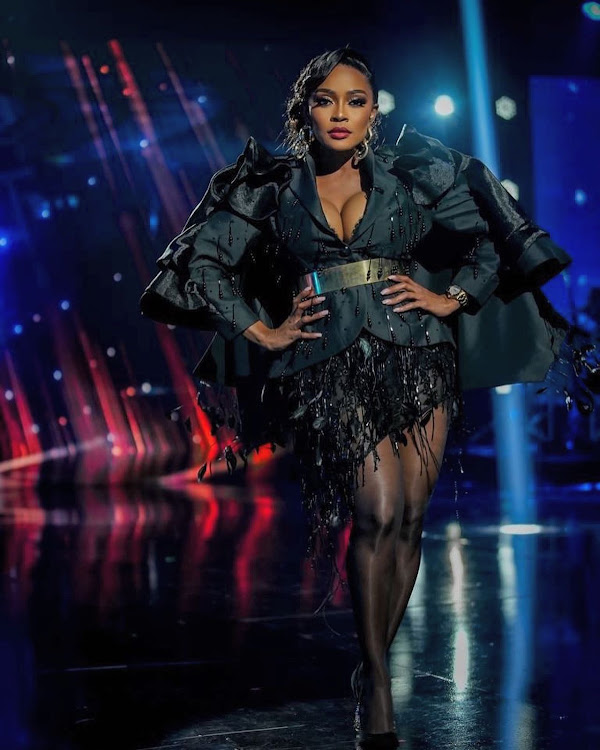 Former Miss SA Tamaryn Green, at the weekend, knew only one man can be trusted to make her the picture-perfect blushing bride for her umembeso ceremony – and that man was Sello Medupe.

Come Saturday night, the gown that Green donned next to her businessman beau Ze Nxumalo had melted even those with hearts of stone.

The electric blue ball gown had intricate African beadwork on the hemline and bodice. A matching isicolo (traditional Zulu hat) was the simple, yet elegant, finishing touch Green needed. The pop of colour plus beadwork and silhouette were a modern twist of a Zulu bride.

“I was inspired by a modern African royal queen,” Medupe says. “My design aesthetic is ultra-sophisticated and futuristic with an astute attention to detail.”

But the 34-year-old from Diepkloof, Soweto, is not only the go-to designer for A-listers when it comes to bridal couture. On Sunday, for her guest judging spot on Idols SA, Thembi Seete put her faith in Medupe to use his magic wand and give her a divine Gothic glam-look on screen.

Speaking of the small screen, every time Sindi Dlathu’s nefarious character Lindiwe Dlamini-Dikana dresses to kill, guess who is on her speed dial? Scalo, which is the name for Medupe’s fashion label that was foundered in 2009. 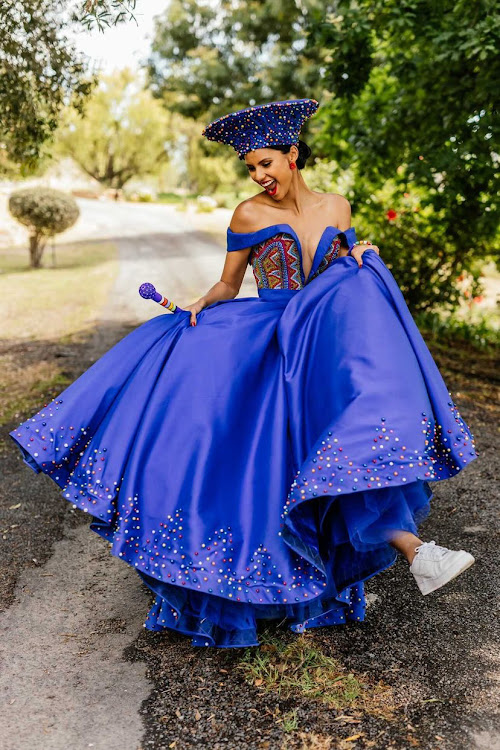 Former Miss SA Tamaryn Green at the weekend was blushing bride for her umembeso ceremony in a Sello Medupe design.
Image: Supplied.

“I have been honoured to work with the wardrobe team on The River. I appreciate how they have allowed me the freedom to design almost all her looks,” Medupe says.

Don’t get me started on beauty pageants. In August, Thato Mosehla channelled a Basotho warrior princess with her national costume at Miss Supranational with the help of Medupe.

This Saturday, Miss SA finalists Kaylan Matthews and Zimi Mabunzi will be draped in designs by Medupe. He has been selected among a crop of rising fashion designers to watch, including George Malelu and Iman Mtshali.

They will capture the top 10’s childhood memories with the finale evening gowns.

In June, for the Sowetan40 x Netflix campaign, only Medupe could recapture the magic of Yvonne Chaka Chak a’s matron of honour dress that she donned at Brenda Fassie’s 1989 wedding.

The creamy reimagined creation was modelled by Blood & Water star Khosi Ngema. Fashion is about creating fantasy and Medupe always understands the assignment. 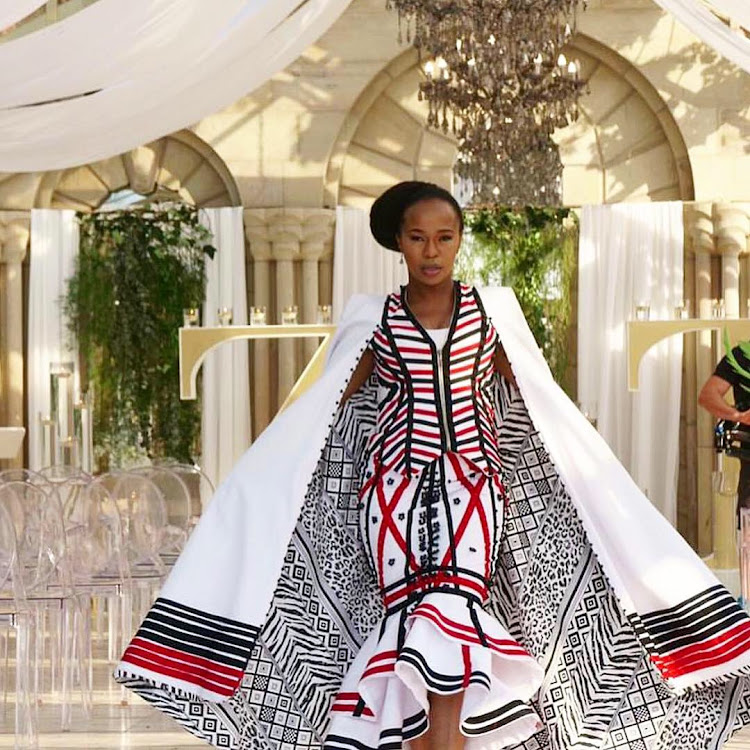 As a result, he can in a blink of an eye transform any African woman of any shape into a fashion chameleon. It’s a rare feat, considering that globally, male designers have been put under the microscope for not accentuating and understanding the female form.

They have often been slammed for pressurising women to fit into unrealistic cuts and viewing extra layers on a body as a flaw.

But Medupe is coy to pick his favourite celebrity client to work with, instead citing: “They are all my favourite. They have their own individuality and style that I enjoyed.”

Fashion designers to capture the spirit of the contestants’ childhood memories.
S Mag
2 weeks ago

Trends come and go, but some are so deeply rooted that they never die.
S Mag
1 week ago

The multi-hyphenate media personality let's us in on her fun-filled lifestyle.
S Mag
1 month ago
Next Article