Samaai changes his mind about retirement

Athlete wanted to quit after failing to shine at Olympics 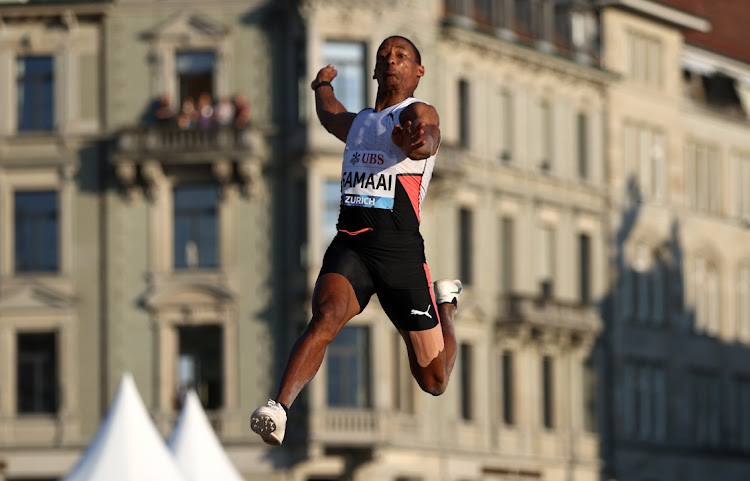 SA long jump star Ruswahl Samaai has made a U-turn regarding retirement after tying the knot with his long-term girlfriend Menique Thops.

Samaai, 30, had earlier said he would retire after his dismal performance at the Olympic Games in Tokyo, Japan, in July.

The two-time African and three-time SA champion failed to make the long jump final at the Olympics. He was distraught over his elimination from the Olympics after leaping 7.74m to finish in a disappointing 22nd place in the qualification rounds.

On October 3, Samaai married Thops after eight years together, in a glittering wedding ceremony in Wellington, Cape Town.

Samaai said he wants to settle down and start a family and he has an unfinished business in the sandpit. “We’ve been together for eight years, so we decided it was time to get married. As athletes, we think we revolve around the sport, but there is life after athletics.

"We must have children and have someone to get home to. I finally have someone who will kiss and hug me and say everything will be okay after a bad day in the sandpit. She is now a Samaai,” he told Sowetan yesterday.

Samaai is on a six-week break and will return to training in two weeks. The athlete said he has no plans to go on a honeymoon yet. “I do not want to go anywhere near the airport or board a flight. We will enjoy each other’s company in a quiet environment at home. I will take her out next year,” he said.

Samaai said he felt like the earth would open up and swallow him after his dismal Olympic performance. “I failed to produce a medal for the second time. I changed my mind about retirement because it was a heat of the moment. I let myself down. What happened is the worst disappointment of my career. I expected certain things to happen and I failed dismally,” explained Samaai.

He wants to settle the score at his third Olympic Games in Paris in 2023, aged 33. Things will get hectic next year with the African Senior Championships (Mauritius), Commonwealth Games (England) and the World Championships in the US.

“I will bounce back after my setback. I will work hard and do it for myself. I do not owe anyone an apology. I owe it to myself.”

SA long jump star Ruswahl Samaai wished the earth could open up to swallow him after he failed to qualify for the long jump final at the weekend.
Sport
2 months ago

Long and triple jumper Khotso Mokoena has returned to training with the plan of qualifying for next year’s Commonwealth Games to be held in ...
Sport
2 months ago
Next Article