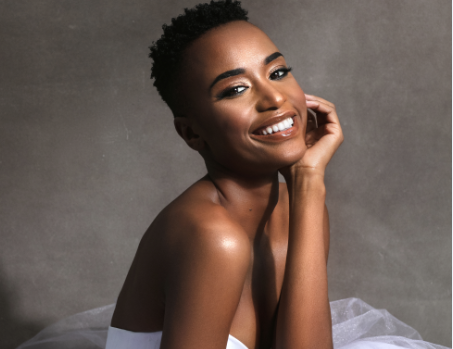 Zozibini Tunzi - an African woman, is the most beautiful woman on earth, the writer says.
Image: Supplied

Now the African woman is the most beautiful woman on earth. We won the Rugby World Cup led by a brilliant black captain - Siya Kolisi.

Zozibini had a perfect hourglass figure, large clear eyes, a killer sense of dress and the most polished intellect among all the contestants.

Her interview never ceases to leave an imprint in our hearts with her intelligent words.

Mandisa Mfeka became the world's first female black fighter pilot, a reminder that our black women are not only beautiful, they are the most talented.

It's not hyperbole to state that no women have ever had to endure what our nation's black women have had to endure. Today, we woke up in a world where the norm is "black is beautiful" .

Major Mandisa Nomcebo Mfeka has been reaching for the skies since the age of five, when she watched her first airshow.
SebenzaLIVE
3 years ago

The 25-year-old, who was born in Eerste River, excelled in various sports.
Lifestyle
3 years ago
Next Article