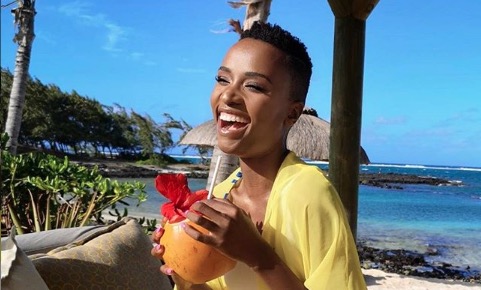 While the nation was busy celebrating Zozibini Tunzi winning the Miss Universe pageant, some social media users were in a spin over a painting allegedly crafted by infamous funeral artist Lebani Sirenje, better known as Rasta.

Zozi beat 90 other women to the Miss Universe title, leading to a flood of congratulations from across Mzansi, including the president.

Rasta has shocked and surprised the nation over the years with his artworks - but this week the internet was truly in meltdown mode when a picture of him holding a portrait of a woman resembling Zozi went viral.

Soon the trends list was flooded with pictures of Rasta and the painting - and gatvol fans telling him where to get off.

I wouldn't blame Rasta, he was drawing in the dark #rasta

Rasta ,don't worry you are getting better by day.Oneday many will be proud of you pic.twitter.com/tG0d1pQ0Ea

This was supposed to be Zozibini Tunzi and I'm utterly disappointed by this painting.

I want to meet Rasta and hopefully I hide his pains,pencils,crayons and canvas. This should not be allowed any longer. This a TV game character? pic.twitter.com/dDaZ2LsmvV

Rasta's portrait is giving me Cruella DeVil from 101 Dimension... Trying to mess up my childhood like that ??#ZoziTunzi pic.twitter.com/87nmWQzvtp

However, it soon emerged that the picture had been Photoshopped.

A few tell-tale signs made it obvious. For one, the edges are not aligned. More importantly, the painting is clearly of singer Grace Jones.

Even Rasta himself (or at least a Twitter account in his name) shared a snap of the real and Photoshopped images.

“The photo on the left is false. It's [a] Photoshop [image] of the one on [the] right. Please retweet for awareness,” he wrote.

The photo on the left is false it's Photoshop of the one on right please retweet for awareness ? pic.twitter.com/kcPM3ZWzYW

Ama2000 will say #rasta was attempting a #MissUniverse drawing. But this is actually the iconic Grace Jones. pic.twitter.com/F2ZZ2dIoM2

Hau guys, this pic is photoshopped or am I lying?? and that's Grace Jones not Zozi pic.twitter.com/hmrrLtQIxS