Sometimes dreams do come true, says belle of the ball 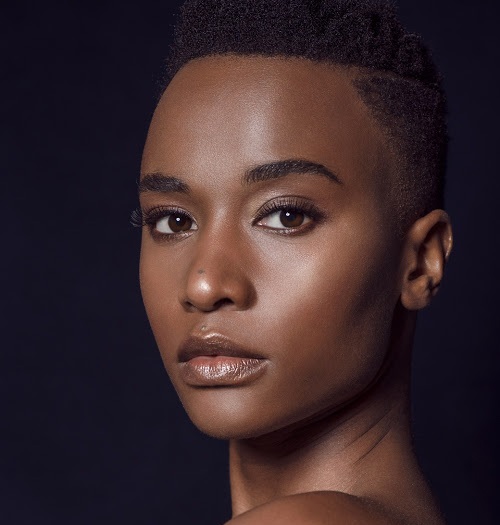 Financial misfortune may have closed the door on Zozibini Tunzi 's final varsity year, but now she is basking on world's glory.

Since then she has kicked many doors open as she was crowned Miss Universe early yesterday morning (SA time), just three months after being crowned Miss South Africa 2019. Tunzi, 26, spoke proudly about diversifying beauty and the importance of women and girls taking the lead.

She was studying towards a public relations management diploma at the Cape Peninsula University of Technology back in 2016 when she ran out of funds. "When I got kicked out of school because I could not afford fees, I was distraught because in my mind, my life was over.

"I was supposed to graduate the following year but in the blink of an eye everything I had worked so hard towards was over.

"But because I am a strong person, when this happened to me, I decided to fight. I was not going down without a battle. So I stopped feeling sorry for myself and started chasing my dreams."

Zozibini Tunzi looked like a ray of sunshine as she was crowned Miss Universe early yesterday morning (SA time) at the Tyler Perry Studios in ...
Entertainment
2 years ago

She managed to complete her diploma and is currently studying towards her BTech in PR.

Tunzi had aspired to be South Africa's leading lady since the moment her mother put her on the ramp at a church beauty pageant when she was six years old.

"I was shy, an awkward child with no friends, until my mother entered me in Miss Tiny Tots at the Methodist Church, which is when I gained confidence, felt a sense of belonging and connected better with my peers."

The village girl from Sidwadweni in Tsolo, Eastern Cape, said being part of Miss SA was something she had longed for.

"I am just a village girl from Sidwadweni who went to schools in small, disadvantaged towns. The only things I had going for me were my great family, big dreams and even bigger ambitions.

"But the most beautiful thing about this journey is that it is not just about me, but about the many other young girls and women whose hopes are restored and who now realise that you are not confined by where you are or where you come from."

LootLove on Zozibini Tunzi's signature look: 'You are everything and beyond'

Yesterday morning, Tunzi had a message for South Africans after being crowned Miss Universe: "I grew up in a world where a woman who looks like me, with my kind of skin and my kind of hair, was never considered to be beautiful. And I think that it's time that that stops today.

"I want children to look at me and see my face, and I want them to see their faces reflected in mine."

On climate change, she said: "Future leaders could do a little bit more, but we as individuals can also play a part in making the climate the way it should be in the future.

"We have children protesting about the climate and, as adults, we should join as well. We should have corporations join and the government should take it seriously. It is up to us to keep our planet safe." - Additional reporting by Cebelihle Bhengu

Bling bling! Here's how much Zozibini Tunzi's Miss Universe crown is worth

Sidwadweni, the home of the new Miss Universe

The girl known as "Loza", who used to push a wheelbarrow to fetch water from a neighbouring village, is now one of the most famous faces in the world.
News
2 years ago
Next Article