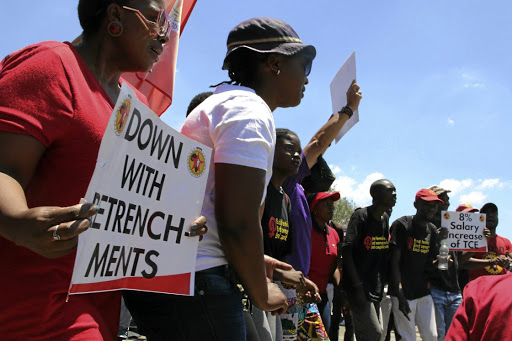 The much-criticised strike at SAA is over. The airline, which has relied on government bailouts to stay in the air, was not going to survive a protracted stoppage.

The National Union of Metalworkers of South Africa and the SAA Cabin Crew Association have been villainised for embarking on the strike, demanding a bigger pay hike as well as opposing the proposed restructuring that would see the cutting of just under 1,000 jobs.

Under the dire economic circumstances the airline is faced with, it is very easy to accuse trade unions and their members of being greedy when they seek to fight for their livelihoods.

Of course, for trade unions, job losses mean less members and thus less contributions to their coffers. Nevertheless, there is more to the story than this.

In SA, industrial action is often seen from the perspective of the business against which workers are demonstrating.

Very little focus is put on the worker perspective. This skews facts and presents a one-sided account of issues, actions, effects and consequences.

This was the case during the protracted strike along the platinum belt in Marikana in 2012. There's still a lot to be learned from that dark period of the new SA's short history.

'Our goal was to save SAA': Wage agreement will benefit everyone, say unions

The National Union of Metalworkers of SA (Numsa) and the SA Cabin Crew Association (Sacca) said on Friday that the wage agreement reached with SAA ...
News
2 years ago

Historically, capital in SA has been socially and politically influential and able to dictate policy and terms to governments as well as dominate the media angle.

Given the country's socioeconomic challenges, capital tends to be treated with a level of reverence for fear of putting off investors.

Thus, there is generally a bias towards employers when workers embark on strike action demanding higher wages.

This bias also exists when workers make wage demands against the state and its entities. The economy is already under tremendous pressure and jobs are few and hard to come by. These striking workers are therefore taking chances and could end up jeopardising their livelihoods.

But it is important that we overcome the temptation to "other" the striking trade union members and consider the conditions under which they wage their battles.

The restructuring of the airline and the job losses that will result have real-life implications for workers and members of Numsa and the Cabin Crew Association. Whether they strike or not, their jobs are already on the line.

An inflation-linked increase is not enough for many working-class and even middle-class households to comfortably maintain their quality of life. Contrast this with the millions in salaries and bonuses paid to executives at corporates and companies listed on the Johannesburg Stock Exchange.

While workers are expected and are encouraged to tighten their belts, these executives feel no obligation to impose on themselves any form of austerity in solidarity with the rest of society.

The same can be said for the state where the proposal to freeze perks for the country's top officials has taken long to gain traction.

The ordinary airline employees are not the ones who have been the direct beneficiaries of the billions of losses resulting in large part from mismanagement and wasteful expenditure as revealed by audits and investigations.

What they have benefited from the multiple government bailouts is mainly that they get to keep their jobs.

Fighting for higher wages is sometimes the only hope they have of an improved livelihood in a depressed economy that currently offers very few other opportunities for upward social mobility.

Certain aviation industry services should be declared 'essential', which prohibits employees from striking
News
2 years ago