Sundowns through to the TKO final 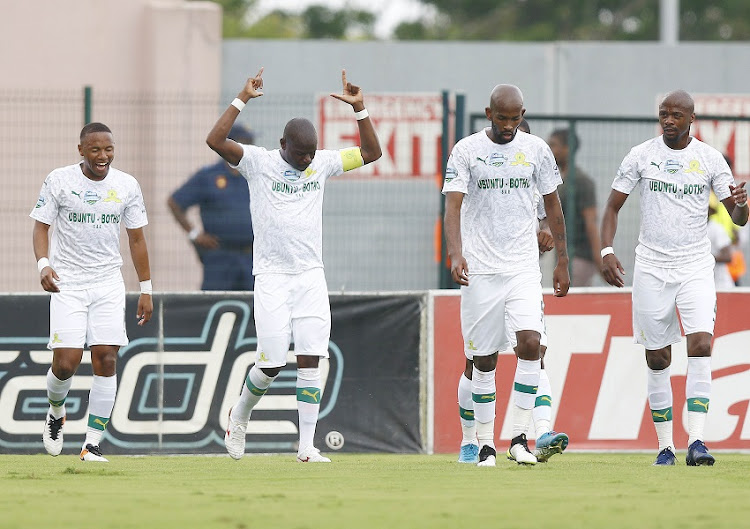 A repeat of the 2015 Telkom Knockout final between Mamelodi Sundowns and Kaizer Chiefs is  very much on the cards after a 10-man Brazilians disposed  of Lamontville Golden Arrows 2-1 in Saturday’s semifinal Sugar Ray Xulu Stadium in Durban.

This year’s final will be played at Durban’s Moses Mabhida Stadium, the same venue where Sundowns beat Chiefs 3-1 in the 2015 final.

Amakhosi must, however, beat Maritzburg United at Mbombela Stadium in Mpumalanga in the second semifinal on Sunday to join the Brazilians in what seemed likely to be another sold-out affair.

Pitso Mosimane’s Sundowns took a 2-0 lead to the break after Arrows’ defenders failed to close down Sundowns skipper Hlompho Kekana and talisman Gaston Sirino, who scored in the 11th and 35th minutes respectively after being given ample of space inside the area.

Kekana headed in Lyle Lakay’s free-kick before Sirino fired in his fifth goal in this competition after benefitting from a miscued strike by Kekana.

Pint-sized Uruguayan Sirino, however, did not finish the match after referee Victor Gomes showed him red for a reckless challenge on Arrows captain Matome Mathiane seven minutes from time.

Arrows were simply outplayed in the first 45 minutes, showing no signs of being capable  of repeating what they  did to Sundowns in a 3-2 league win two weeks ago. That was  before Nduduzo Sibiya gave Steve Komphela’s men  some hope in the 80th minute, tapping in Knox Mutizwa’s cross at the far post.

For  Mosimane, meeting Chiefs in the final will be a mouth-watering prospect. Sundowns’ coach is eager to erase the memory of the 2-0 league defeat they suffered at home against Amakhosi in October.

Pressing Sundowns to win this cup is the fact that while they have won four league titles under Mosimane in the last six seasons, the Brazilians have only won two domestic cup competitions   during the same period.