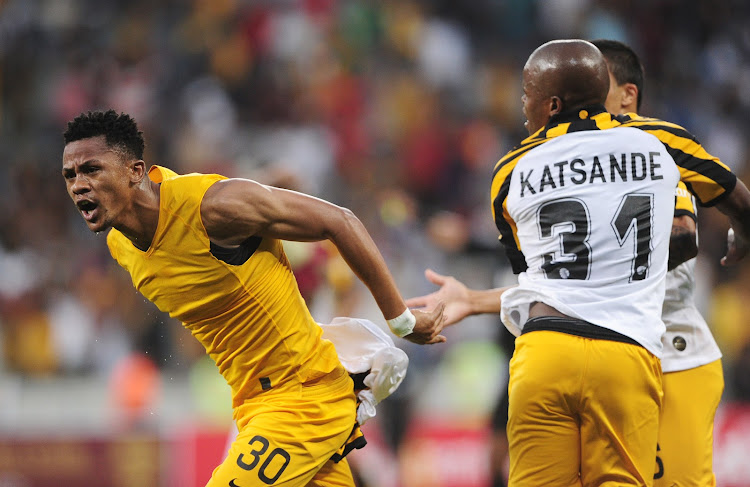 Kaizer Chiefs wasted no time in seeing off any potential threat from new boys Stellenbosch FC, providing evidence of a definite gap in class as they won 4-0 on Wednesday night to move past the 30-point mark at the top of the Absa Premiership table.

Another successful trip to the Western Cape sees Chiefs now 10 points clear at the top of the table, albeit having played one match more than second placed Mamelodi Sundowns.

Stellenbosch had high hopes of doing to Chiefs what they had done to Orlando Pirates last month with a smash-and-grab win but those ambitions were quickly thwarted as Chiefs sped into the lead at the Cape Town Stadium.

Siyabonga Ngezana opened the scoring from Chiefs’ first corner in the 11th minute as he powered home a header to the delight of more than 10,000 on a perfect Cape night.

The second goal came in similar circumstances, although from the other side, as Lebogang Manyama whipped in another corner to this time see Samir Nurkovic rise up above the home defence to make it 2-0.

It might have been an even larger half-time lead had Stellenbosch not had a bit of good fortune when captain Jarrod Moroole was disposed just outside his penalty area but Manyama missed narrowly from a tight angle.

A deflection, just before the break, also offered Kearyn Baccus the chance for a goal from close-in but he lost control of the ball at the vital moment to see a golden chance slip away.

It was all too easy at times for Chiefs, who, straight after the break, lost Khama Billiat to a hamstring injury.

Fortunately for Chiefs, they have a 10-day break before their next game at home to Bloemfontein Celtic on December 7 - sufficient time to allow Billiat a chance to recover.

Stellenbosch were never in the contest although they did try to stay competitive, pushing numbers forward and running the risk of being caught on the counter.

Exactly that happened 15 minutes from time as Manyama played Dumisani Zuma through on goal, where goalkeeper Boy de Jong saved his effort but Nurkovic headed home the rebound to make it 3-0.

Zuma had another great chance six minutes from time but hit it just over the top as Chiefs kept hunting for goals.

But the substitute got reward deep in stoppage time as Zuma finished off a start inter-passing move that crowned a night where they looked like log leaders and potential champions-in-waiting.

The Premier Soccer League (PSL) and South African Football Players Union (Safpu) have signed an agreement that both parties believe will help improve ...
Sport
2 years ago

Orlando Pirates coach Rulani Mokwena is keen to build momentum before the annual Premier Soccer League Christmas break after his side managed to ...
Sport
2 years ago

Bogus football agents beware! The SA Football Players Union (Safpu) has canvassed the Premier Soccer League (PSL) to go after agents who are in the ...
Sport
2 years ago
Next Article