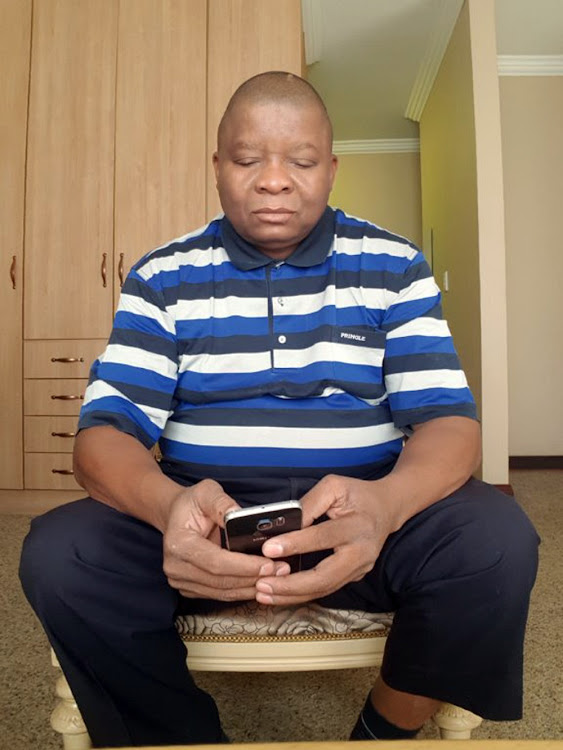 Jeffrey Maja has been battling since 2014 to get his R9m from RTMC for the service rendered.
Image: SUPPLIED

The Road Traffic Management Corporation (RTMC) is accused of exploiting a small business which let its 28 vehicles to them at a fee but allegedly failed to pay for the service rendered since 2014.

Jeffrey Maja, of Rekwele Chauffeur Drive, has been battling since 2014 to get his R9m he quoted RTMC for the use of his vehicles between December of that year and January 10 2015, he said.

Maja, pictured, said after the service was rendered to RTMC, the corporation enjoyed the use of his cars and claimed RTMC later told him that the person who solicited his services was not authorised to do so and therefore he would not be paid as his costs exceeded R1m.

He said RTMC should be liable for the wrongs of their employee and pay his dues.

"Their employee should have known that he had no power to enter into a contract which was more than a million because she saw the amounts on the invoice as they were pilling up," Maja told Consumer Line.

"This has affected my business and they damaged one of my vehicles when their driver hit an impala and they have not bothered to compensate me for the damages suffered."

Maja, 56, said on December 11 2014 he received a telephone call from XL Nexus Travel to provide RTMC with 28 vehicles for the rental for 10 days.

These cars were delivered to RTMC for the agreed period and upon its termination he received a call from Julia Manamela, a RTMC representative, to extend the term until January 10 which he accepted over the telephone. He said there was no written agreement.

Maja said his nightmare started after he invoiced XL Nexus Travel in January 2015.

He alleged that he was told RTMC was bound by the constitution of the country to procure services in accordance with the system which is fair, equitable, transparent, competitive and cost effective.

A Johannesburg attorney accused of paying an estate agent its commission before a property was registered in the name of the buyer has now refunded ...
Opinion
2 years ago

"I'm not the one who approached them, they enlisted my services knowing exactly that all the rules they should abide by and not to exploit me in the process," Maja said.

He said if they were bound by the constitution, it was their problem that they did not follow their mandate.

"If Julia Manamela lacked the authority to conclude a valid and a binding agreement, RTMC should deal with her and not punish me for her wrongs," Maja said.

Maja said Nexus accepted a bill of R3,950 per car per day.

He said his service contract was later extended to August 2015 and that everything was done telephonically by their employee.

Maja said they should have paid him on time instead of extending the supply of service without any payment.

Though he has sued the RTMC for all the damages suffered, his case is yet to be heard as he accused this institution of using delaying tactics to drain his finances dry.

His cars ferried government employees in different provinces, including the National Consumer Tribunal and other government entities, he said.

RTMC spokesperson Simon Zwane said the matter was sub judice, but with reservation of its rights, will provide this cursory view.

Zwane said Rekwele Chauffer Drive lodged a complaint to the office of the public protector in September 2015, claiming that RTMC refused to pay Rekwele for services purportedly rendered to RTMC between December 2014 and January 2015.

Zwane said RTMC informed the public protector that it never enlisted the services of Rekwele. He confirmed that XL Nexis Travel was their service provider.

He said it was clearly stipulated in the RTMC's contract that the corporation will not deal with any agent or subcontractor of Nexis.

"RTMC therefore cannot incur any obligation and/or liability towards an agent or subcontractor of Nexis, including Rekwele," Zwane said.

He said RTMC was consequently informed that the public protector investigated the matter, considered the matter resolved and closed the file.

"This matter will go on trial in due course. We are prepared to avail the relevant court papers herein, should it be required."