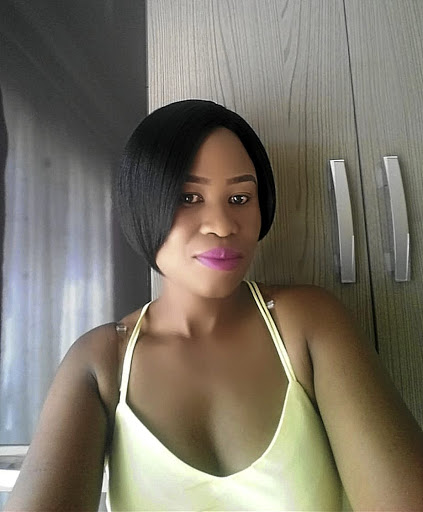 Sebolelo Motaung is battling to clear her name after her ID was used to buy goods worth R94,000 from Telkom.

The world is increasingly becoming technologically sophisticated and so are fraudsters.

The latest statistics released by The Southern Africa Fraud Prevention Service (SAFPS) show that while some forms of fraud are decreasing there is however an increase in other areas.

Manie van Schalkwyk, the executive director at SAFPS, said faudsters who are using fabricated identification documents and names has decreased by 48% when compared with 2018 figures.

"However, the impersonification by fraudsters using real IDs and names has increased by 99% on 2018 figures," Van Schalkwyk said.

He said this figure doubled every year since 2016 which is extremely concerning.

Van Schalkwyk said the level of fraudsters using a combination of forged documents, which include falsified employment details, forged payslips and false qualification has seen a sharp increase.

R35m - that's how much money the Office of the Tax Ombud got back for just seven taxpayers in the year ending March 2019.
News
2 years ago

Which reminded me of my own experience with a wannabe identity thief. A few weeks ago I received a call from a woman who wanted "to warn me" about an insurance company which had deducted R800 from my account.

She said the insurance company was notorious for this malpractice, carrying out debit orders without authorisation from the client.

She said she was calling from my bank and wanted to reverse the debit and cancel it for me.

She wanted me to send her my salary advice, a copy of my identity document and a signed affidavit via WhatsApp confirming that I did not apply for a funeral policy.

Unbeknown to her was that I handle similar complaints from consumers who have been defrauded this way.

Had I been gullible, at a press of a WhatsApp send button, all these documents would have easily landed in the hands of a fraudster.

As soon as I told her she was a fraudster and after cautioning her that I investigate similar complaints for Sowetan newspaper and that I know Nedbank contact details by heart she hung up.

When I tried to call her an hour later the cellphone number she used was no longer available, even to this day.

Sebolelo Motaung of Bohlokong in Bethlehem, Free State, was not lucky. She lost her ID 18 years ago, and her document was only used in 2017 to commit fraud, she said.

Motaung, 35, said she became aware of the fraudulent activity when she received endless calls from Telkom agents demanding payment of R94,000 from her.

Though she told them she never applied for credit at Telkom she now has an adverse information at credit bureaus against her name, something she learnt about when she could not buy furniture she wanted on hire purchase a week ago.

Motaung said Telkom agents told her the goods she bought were delivered to her home address in Northwood in 2017.

"These agents could not tell me what I purchased as the goods were not identified on their system," Motaung said.

She was told the goods were ordered telephonically and though she asked for the recording this has not been sent to her, she said.

Imposter arrested after being tracked to workplace
News
2 years ago

"I could not open my first account at Geen & Richards because of this," she said.

Telkom is investigating Motaung's matter and said they will respond soon after finalising their investigation.

The office of the credit ombuds said it would assist Motaung clear her name.

Van Schalwyk also warned consumers not to give out their valuable personal information to strangers over the phone, WhatsApp or Facebook.

SAFPS is mandated to fight fraud across the financial services industry by providing a shared database to member organisations and offering the consumers a means of protecting themselves against impersonation and identity theft.

If you have been a victim of ID fraud you must register your lost or stolen ID documents or cards at safps@safps.org.za

SAFPS also keeps database of persons involved in fraudulent activities and in workplaces.

Its data analysis service produces matches to possible fraud activity across a variety of data fields in milliseconds and portrays the data in graphic format.

KZN man did not bank on R157,000 identity theft nightmare

Do courier company drivers have the necessary training and experience to verify proof of identity and address before handing over a credit card, ...
News
2 years ago

The Democratic Alliance claims it found “thousands” of social support applications dumped in a field in the Free State on Monday.
News
3 years ago

ID theft can mess up your life forever

Holiday season is prime time for brazen criminals.
Opinion
3 years ago
Next Article