If you’ve received an email or SMS from Lifestyle Legal or Lifestyle Attorneys notifying you that a summons will be served on you by the sheriff of the court, wait for it, and don’t make payment, advises an attorney. 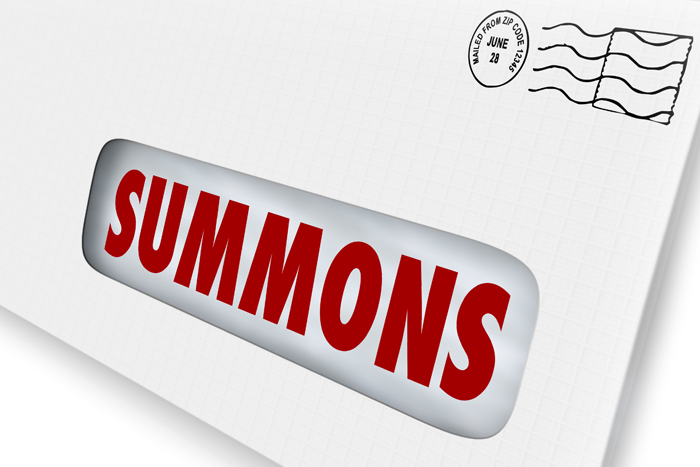 A genuine summons cannot be emailed to you but must be served on you by the sheriff of the court. Picture: 123RF

If you’ve received a “summons” via email, ignore it. A genuine summons has to be served on you by the sheriff of the court. It can’t be emailed to you. It must also have a case number, be signed by the clerk of the court and be date-stamped by the court.

If you’ve received an email or SMS from Lifestyle Legal or Lifestyle Attorneys notifying you that a summons will be served on you by the sheriff of the court, wait for it. And don’t make payment.

This is the advice of Stephan van der Merwe, a senior attorney at the Stellenbosch Law Clinic, who says he has yet to see a legitimate summons issued by Lifestyle Legal.

Van der Merwe is part of a team of attorneys and advocates working for the law clinic in a case against the Lifestyle Direct Group and a host of associated companies allegedly operating an online loan scam.

Companies linked to the Lifestyle Direct Group are the source of hundreds of complaints on social media.

In January this year “Ronel L” posted the following complaint about Loan Scout SA on Hello Peter: “This company has a loan application form and the public fill it in hoping to secure a loan. No loan ever materialises. Instead they start debiting your account for so-called ‘services’. When this is queried, they tell you that a contract was entered into that is binding.”

Ronel L says she asked for the contract but did not receive it and was instead referred to the website.

When she did not pay she was threatened with legal action and sent an SMS of a summons.

'Buried' in the T&Cs is a clause that says by submitting an application, you agree to a service unrelated to loans and loan-finding services... for 12 months with an initial subscription fee of between R399 to R429 and thereafter a monthly subscription fee of R99.

In July last year, Sowetan columnist Thuli Zungu reported that several consumers who had supplied their personal details online while in search of loans, had their bank accounts debited, despite never having received a loan.

A lawyer for the company that trades as Lifestyle Legal and Loan Tracker told Zungu that Loan Tracker offers subscribers a “telephonic legal assistance package”, which included “a complimentary loan-finding service”.

Loan Tracker did not offer any loans, the lawyer said. He said that the terms and conditions of the package were transparent and consumers were asked to tick a box agreeing to have read and understood them.

But the law clinic says the websites mislead consumers to “apply online” rather than “buy” services. “Buried” in the T&Cs is a clause that says by submitting an application, you agree to a service unrelated to loans and loan-finding services. This agreement is usually for a fixed term of 12 months with an initial subscription fee of between R399 to R429 and thereafter a monthly subscription fee of R99.

After submitting an application on one of the sites, money starts being debited from your account. Attempts to cancel the agreement and stop the debit orders are met with threats from the companies behind the websites.

There are two parts to the Stellenbosch Law Clinic’s application to the Western Cape High Court against Lifestyle Direct, its associated companies, and directors Damian Malander and Nandie Paich, who are described in the application as the masterminds of the “online loan scam”.

The first is for a court order to shut down all the websites listed in the application, or to restrain them from operating in a way that is in breach of the Consumer Protection Act.

The law clinic also wants the court to order those behind the websites to stop debiting the bank accounts, making demands on or collecting payments from of any consumers who concluded an “agreement” through the sites.

That application will be heard on 27 November.

The second part is for a proposed class action against those behind the sites.  A class action is a case brought on behalf of a group of consumers.

The court will be asked to include anyone who has had money debited from their bank account, been harassed and/or been threatened over payments related to the agreements at any time since the sites were registered in May 2015.

If you have been charged for services by those behind these sites, you will automatically be considered a member of the class – you don’t need to apply to be included in the group, Van der Merwe says. He says members stand only to benefit and can’t be held liable to pay the costs of a failed legal action.

The sheriff or deputy sheriff must serve or execute all documents issued by our courts.
Business
3 years ago

There are powerful provisions in the National Credit Act aimed at ensuring that a credit provider doesn't abuse its power over you, as a consumer of ...
Business
1 year ago

Unpaid freelance services? Here’s how you can get your money

Many people in South Africa are offering their services on a freelance basis amid stubbornly high unemployment levels. While freelance work has ...
Business
1 year ago
Next Article