No more buyers for the escapism Top Billing is selling 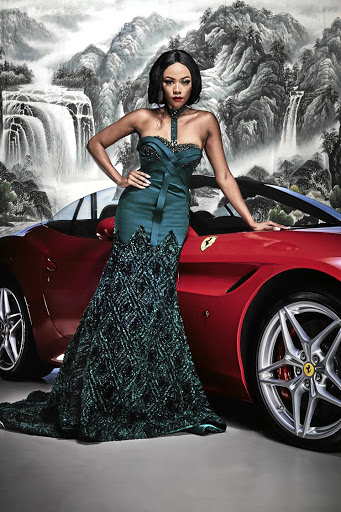 Of all the feasts and feats of Top Billing in the past 23 years, there are perhaps not enough Gucci slides that can quite help it dodge its flip and flop out of the limelight.

This week will mark the last time we might ever see the top hat spin around our screens after its iconic legacy comes to an expensive end.

Much like any magazine programme, Top Billing played a wonderful role in selling us gloss; its was particularly white.

It was a magazine show that never sought to question but to throw a bright smile once a week.

The only time I ever bothered watching the show was during its weekend repeats so I could catch whatever morsels of pop culture e.tv's The Showbiz Report might have missed.

The cash-strapped SABC has closed the curtain on popular TV show Top Billing after 23 years.
Entertainment
2 years ago

With consumer trends aware of the influence and power held by new money upper middle-class households, or as economists would call them, the top million, the Top Billing lifestyle has become accessible.

There is no point in watching the programme, not even out of loyalty.

A non-fan like me who sought pop culture news can just Google that now, as can any new, old or non-moneyed South African who can jump on Basetsana Kumalo's Instagram or a vlog by Mihlali Ndamase.

Why laugh along with Ayanda Thabethe on a Saturday afternoon when you can laugh at the frivolity of Sara Langa's expensive tears?

Top Billing lives under the same liberal rainbow Desmond Tutu and Nelson Mandela sold like prime real estate. The problem is none of us want to live there anymore - not even nouveau riche blacks.

I never quite understood the daft depths of liberal ignorance until at a recent lunch I heard the barista in an argument with a patron, who he was haranguing about the term "cisgender" and how burdened by it he felt.

Basetsana Kumalo talks to us about her new book

Now, for those of you who do not know, cisgender refers to identifying with the sex with which you were born. Cisgender in no way makes you less of a man. In actual fact, it highlights that very reality.

After the patron gave up on highlighting that the term was not an attack on the barista's manhood he quickly turned to another customer who sat working away on his computer. The old white male shared that he wished not to be included in the conversation and that he had no opinion on the matter.

The classic liberal stance on anything political that does not include EFF or ANC as keywords.

Forever escaping the realities of a country in dire straits, pretending that life is just another LG product and pining for the next dream holiday.

Don't get me wrong, as I write this, I wear black in mourning for the same programme that introduced us to Rachel Kolisi, Ursula Chikane's signature walk and told us which rugby player was off the market.

Top Billing was very important to South Africa's lifestyle, it's pursuit of capitalism and ultimately that weird rainbow nation fantasy.

With Mandela a questionable hero, cancel culture the new Christianity and Kanye West its black Jesus, the world has changed since the days of cookie-cutter glamour.

Affluence is attainable, and Top Billing wasted its money slapping splatters of diversity across its hour-long broadcast.

Fashionista Sarah Langa has once again left the internet with chest pains, this time for posting snaps of herself on a super luxurious plane.
Pic of The Day
2 years ago

Ayanda Thabethe, Thembi Seete & Zozibini Tunzi: see what your fave celebs got up to this weekend

Ayanda Thabethe isn't shy to hit back when necessary.
Entertainment
3 years ago
Next Article