Criselda off-air after her 'assault' 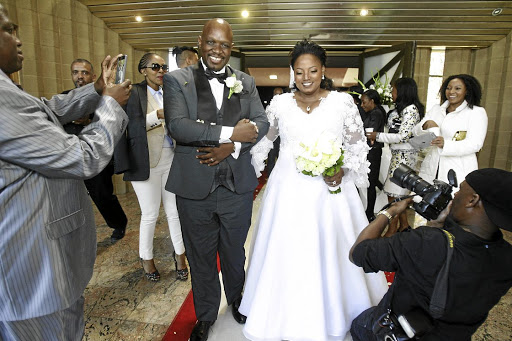 After pouring her heart out for allegedly being assaulted by her husband, radio personality and social activist Criselda Dudumashe is taking a break from her SAfm show indefinitely.

Criselda shocked Mzansi yesterday when she announced that she had opened a case of domestic violence against her husband Siyolo Dudumashe.

Khanyi Magubane filled in for Criselda yesterday during her afternoon show Lifetime Live. In a lengthy statement, Criselda detailed what transpired on Monday.

"Yesterday revealed a different side to my Prince Charming. We woke up, exchanged unpleasant words, but I just pressed on to get to work by 12 noon, not knowing that I was to walk right back home just after 4pm to a raging monster out for blood," she poured her heart out.

"My husband raised his hand on me and beat me. With the work that I do, in part advocating for women in abusive relationships and having previously lived through abuse, I know that it's a beginning with no end..."

Radio personality and activist Criselda Dudumashe has warned against following controversy online as a form of entertainment after the recent ...
Lifestyle
2 years ago

Police spokesperson Col Lungelo Dlamini said: "We can't reveal information she told the police. Cases are reported to the police in confidence and we can't reveal that information to third parties. If the victim gives you the case number, then I can be able to confirm."

SABC spokesperson Neo Momodu said: "The SABC can confirm that Ms. Dudumashe was not on air today and will not go into the details of when she will be back on air, as this is a matter between the SABC and the independent contractor."

Sowetan couldn't get hold of Siyolo.

The couple got married in a star-studded wedding beamed on the glamour show Top Billing in June 2015. Criselda has spoken in the past about experiencing domestic violence in her first marriage of 19 years.