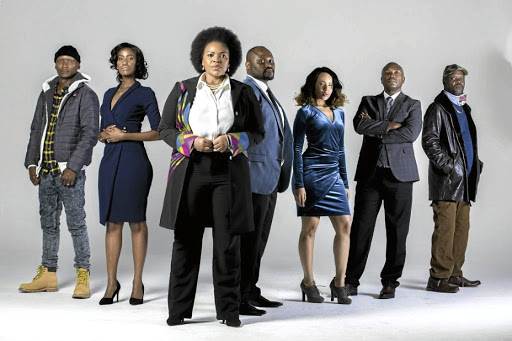 The Republic has been disappointing in that it lacks the shock factor, the outrageous. /TREVOR KOLK

I have always been a sucker for political drama television series. House of Cards, Scandal!, Madame Secretary, The Loudest Voice, you name them.

Currently I find myself spending most evenings binge-watching Tyrant - the US drama about a fictional Arab state called Abuddin.

If you ignore the fact that the main character Bassam "Barry" Al-Fayeed is played by a white person, as well as stereotypical depictions of Arab governments, you would probably find the story-line compelling too.

Al-Fayeed is a son of a dictator who "exiled" himself to the US because he was opposed to the cruelty of his father's regime. After 20 years in the so-called Land of the Free, he is forced to return home briefly for his nephew's wedding.

His father soon dies and his elder brother assumes office as the country's president. What follows is a captivating political drama that sees brother turn against brother in an oil-rich country where the masses yearn for democracy and social justice.

Angelo Agrizzi, the man who testified against his former boss , former Bosasa CEO Gavin Watson, offered his condolences to the family after Watson ...
News
1 year ago

As a fan of this genre of TV dramas, I was excited to hear the news that Mzansi Magic, a channel on DSTV, was coming up with a local political series called The Republic. The cast looked promising - top local actors such as Florence Masebe, Siyabonga Thwala, Seputla Sebogodi and the hugely talented Warren Masemola.

The story-line had potential too, clearly inspired by real-life events: When president Kgalema Motlanthe's term in office ends in 2009, he is replaced by a corrupt president by the name of Hendrik Zondo. Sounds familiar?

Anyway, the looting during Zondo's tenure is so rampant that he is eventually removed from office and replaced by another party leader, Lufuno Mulaudzi, who spends the next two years cracking down on corruption.

What follows is a fight-back campaign led by Zondo and some of those who had benefited from his kleptocracy. Again, sounds familiar?

Yet somehow I have been underwhelmed by the series, to the point of being bored.

The ANC has heaped praise on Bosasa CEO Gavin Watson, describing him as an anti-apartheid activist and philanthropist who fought in the struggle for ...
News
1 year ago

It is not just the improbability of some of the action - the president being kidnapped at a mass rally, bodyguards communicating via unsecured cellphone lines, the "starring" using a sniper rifle to take out a group of his enemies who are a few yards from him. Don't even get me started about his handling of a Kalashnikov!

I think what has left me most disappointed about The Republic is that it lacks the shock factor, the outrageous.

In a country where political developments are often stranger than fiction, perhaps one should not be too harsh on screenwriters and producers.

Not even Shonda Rhimes and her team of talented writers on Scandal! could have dreamt up the script, with its many twists and turns, of the scandalous spectacle that is state capture and its aftermath.

Gavin Watson, the CEO of facilities company Bosasa was reportedly involved in a car accident in the early hours of Monday.
News
1 year ago

From the story of a relatively well-to-do family from India arriving and capturing a president, his family and his party, a finance minister being fired and replaced by a backbencher allegedly at the instruction of the family, a deputy finance minister publicly revealing that the family offered him the job plus R600m, to the president being ousted.

And then there is a commission appointed to probe the family, but ends up discovering the Guptas were not the only ones doing the capturing, thanks largely to the testimony of one Angelo Agrizzi, one-time top dog at Bosasa. He names prominent names and backs some of his claims with documentation.

Soon, the president who was supposed to clean out the matter suddenly finds himself entangled in the whole web when it is revealed that Bosasa boss Gavin Watson donated R500,000 towards his presidential campaign and tried to conceal the donation.

In the middle of all that drama, with many questions still unanswered, Watson sadly dies in a horrific car crash just outside the busiest airport in Africa.

The family of Bosasa boss Gavin Watson has confirmed that he was killed in a horrific car crash outside OR Tambo International Airport on Monday.
News
1 year ago