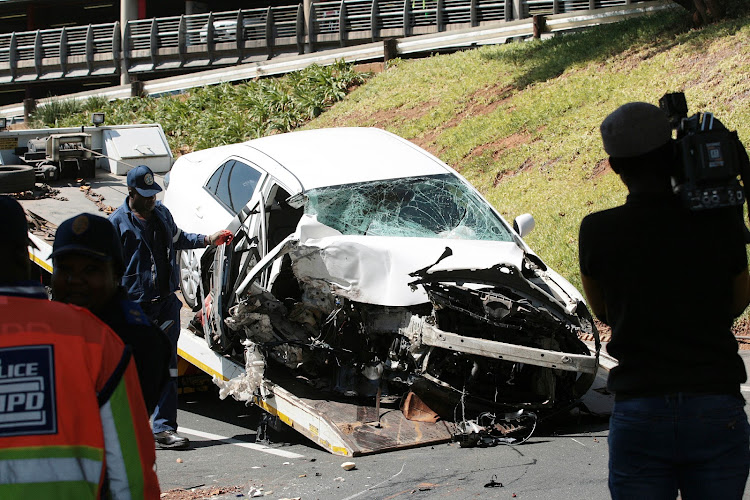 The Democratic Alliance is calling on police to look into the circumstances surrounding a fatal car crash in which facility management boss Gavin Watson died.

In a statement sent out on Monday afternoon, DA spokesperson Solly Malatsi said: “The Democratic Alliance (DA) has noted reports confirming that Bosasa executive, Gavin Watson, was killed in an accident during the early hours of Monday morning.

“The police need to probe the circumstances leading up to the fateful accident involving the Bosasa boss, whose company has billions of rands worth of tenders with the government and has channeled millions of rands into the coffers of the ANC in general and specifically the campaign of President Cyril Ramaphosa.”

Malatsi said Watson’s death may have a material impact on the work of the Zondo Commission of Inquiry into State Capture.

He said: “It is therefore vital, given SAPS stating that a case of culpable homicide has been opened, that even a whiff of foul play is dispelled by a thorough and transparent investigation by the SAPS. This is to ensure that other witnesses are not intimated by this incident and for the Commission of Inquiry to conduct its work without fear or favour.

“Angelo Agrizzi’s testimony as well as the revelations by DA Leader Mmusi Maimane of the cosy and potentially corrupt relationship Bosasa has with the ANC and Ramaphosa, indicate that Gavin Watson had a lot to say before the Zondo Commission of Inquiry.”

Watson died when the car he was driving, a company Toyota Corolla, hit a bridge pillar near the R21.

Former Bosasa COO Angelo Agrizzi told the Zondo commission that his boss, Gavin Watson, had former president Jacob Zuma in his pocket. Agrizzi said Watson had the type of relationship with Zuma where he could tell him what to do. An audio clip, dated May 8 2016, was played at the commission in which Watson tells former correctional services boss Linda Mit and Agrizzi what he intends to say when he speaks to Zuma.

The family of Bosasa boss Gavin Watson has confirmed that he was killed in a horrific car crash outside OR Tambo International Airport on Monday.
News
2 years ago