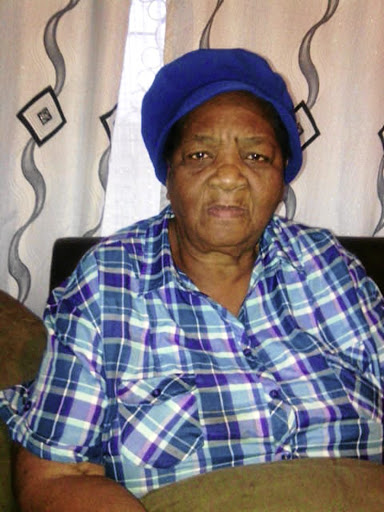 Makhosazana Mthethwa, 72, of Inanda in KwaZulu-Natal has won the fight to ensure that his late son's death benefit did not lend into the wrong hands.

Fund administrator, Momentum, appointed an independent forensic investigator to look into the matter and has now allocated payments correctly to the beneficiaries of the late Cedrick Mthethwa after Consumer Line's intervention.

Mthethwa was concerned by the decision the Fundsatwork Umbrella Pension Fund made to pay R780,000 to his son's "spouse" whom they claim were married in customary union.

Mthethwa said her son was never married, there was no ilobolo negotiations and ilobolo was never paid. Her bone of contention was that her daughter-in-law submitted a forged lobolo letter and claimed she was married to her son.

Though she still questioned the signature of her son on the forged lobolo letter her ex-daughter-in-law presented to the investigator, she is happy that her granddaughter will now get what she deserves.

Specimen of signature Consumer Line has seen differs from those her daughter-in-law claimed they were her husband's.

Mthethwa said when her son was alive, the claimant even denied his son visitation rights when he wanted to have access to his daughter.

After his son was retrenched from SAA, he depended on her for support for a period of three years until he found another job.

Don’t assume that if a broker helps you apply for cover, the disclosures are his or her problem.
Business
3 years ago

Sboniso, the brother to the deceased, said he was also happy that her niece will receive a lion's share of the payout and access the lump sum when she turns 21 years.

The fund had previously allocated R44,319 to Mthetwa's mother and R62,047 to the daughter and R780,023 to the "spouse" when a larger portion should go to the child, Sboniso said.

Anneke Hanekom, head of the reputation management and public relations at Momentum, said the deceased did not nominate any beneficiaries of his death benefit payout, and the retirement fund received contradictory information from family members.

Hanekom said the fund invited the family to provide any additional information that can assist in resolving the matter.

In line with the Pension Funds Act, the fund also appointed an independent forensic investigator to make sure that the distribution of the benefit payout is in the best interest of all the dependants, she said.

The forensic investigation also brought to light that the deceased and the spouse were separated at the time of his death, but the deceased had supported her and their child financially, Hanekom said.

"As per the independent investigation findings, the trustees of the fund have revised its preliminary distribution of the benefit and have communicated this to the beneficiaries.