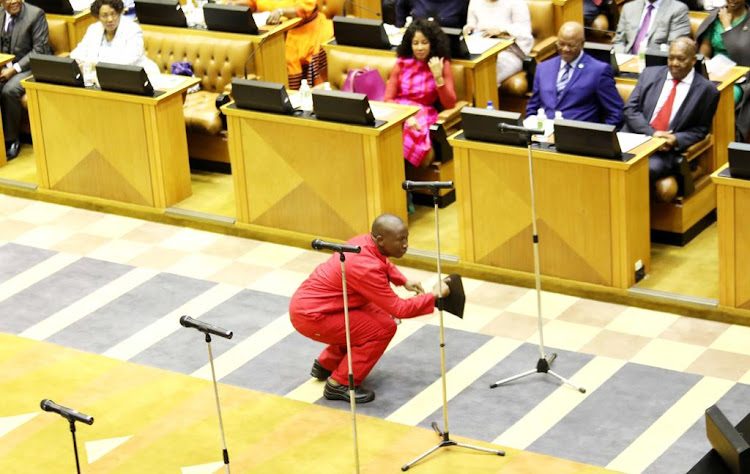 Though they face numerous challenges which include unemployment and defining their agenda while in positions of power, 'it has been encouraging post-elections to see an increase in youth in parliament, cabinet and provincial legislatures across the country'.
Image: Esa Alexander

As SA commemorates the 1976 youth uprising on Sunday, the role played by young people both during the Struggle and in a democracy will again come into sharp focus.

The country's growth and development depend on the future of its youth.

Yet there were droves of young people, approximately nine million, first-time voters who did not register to vote during last month's general elections.

Perhaps even more worrying was that a further high number of youths registered to vote but did not bother to go to the polls on election day.

The reasons behind all this remain unclear.

On the flip side it has been equally encouraging post-elections to see an increase in youth in parliament, cabinet and provincial legislatures across the country.

This is encouraging considering how for years there seemed to be apathy and disillusion among young people towards politics.

Since 2014 and the arrival of the EFF in the National Assembly with its younger MPs in comparison to other parties, there have been growing calls for the youth to be given a chance to lead and bring fresh ideas to take the country forward.

Number of youths in jails concerning.
Lifestyle
2 years ago

A real test for those young people who now occupy positions of power in government and the legislatures is to put the youth agenda on the table. This they could do by pushing for a major policy shift to address the unemployment crisis facing the country.

According to Statistics SA, the unemployed rate among youth aged 15-24 is 55.2% and among graduates in this age group, the unemployment rate is 31.0%.

The figures further showed that the burden of unemployment is concentrated among the youth aged 15-34 years as they account for 63.4% of the total number of unemployed persons in SA.

If you want to drill down the figures further, you could say almost four in every 10 young people do not have a job.

So on Sunday when we commemorate the sacrifice made by so many young people in bringing about change during the 1976 Soweto riots, the occasion should also be used to ask questions about the struggle that young South Africans face this year.

The young leaders in government and legislatures dare not fail us.

Vital for youth to be in economy

There remains the principal task of redressing past legacies and to resolve economic challenges to create decent jobs.
Opinion
2 years ago

Newly appointed KwaZulu-Natal health MEC Nomagugu Simelane-Zulu plans on getting nurses from other areas to staff the Richmond clinic in the ...
News
2 years ago
Next Article