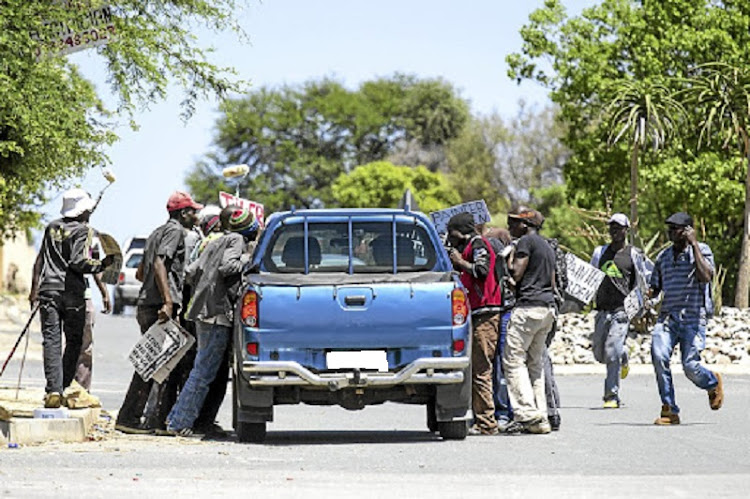 In a quarter of a century, the ANC has produced an army of underclass young people who are out of work and out of school, says the writer.
Image: Daniel Born

There is a saying of unknown origin: "Numbers don't lie." Whoever invented it failed to complete it.

When Jacob Zuma was president, he used to stand in parliament every February to promise five million jobs or "job opportunities". When he was booted out of the Union Buildings, there were more unemployed South Africans than before.

Cyril Ramaphosa has been our president for over a year now. Seeking to distinguish himself from the presidential disaster he deputised for almost an entire term, Ramaphosa resorted to a song by a departed legend, to make gullible people believe that he will create more than 200,000 jobs a year.

After all the chimerical hope, Statistics SA has told us that more South Africans are now unemployed than before Ramaphosa's sunless new dawn.

Recent unemployment numbers tell us what has happened since Ramaphosa took over, and what will happen in the next five years.

Millions of South Africans (especially the youth) are unemployed not because they have not listened to Hugh Masekela; it is because they are unskilled and uneducated.

Millions of chiefly black young South Africans have been failed by a public education system run by Ramaphosa's political party. In a quarter of a century, the ANC has produced an army of underclass young people who are out of work and out of school.

But how can we know that more people will be unemployed when Ramaphosa leaves office?

If you are unskilled and unemployed in a rural area or township, ask yourself: Who will employ me? Will a song give me a job?

The growth of EFF and FF+ threatens to usurp Mzansi's reconciliation project.
Opinion
3 years ago

There was a time under Thabo Mbeki when the ANC sold employment propaganda wrapped in such glossy phrases as "expanded public works programme".

This meant two to six months of grass-cutting for the unskilled, followed by permanent unemployment.

We have now reached a stage in the disastrous reign of the ANC where the government is broke. Ramaphosa can lie about creating new jobs, but he will never use Mbeki's propaganda, "expanded public works programme".

The reason is simple: Ramaphosa's government has no money.

Our national atmosphere is polluted by gullible people banging on about the possibility of a "smaller" and "new" cabinet.

But what does this mean to the millions of unemployed black South Africans in villages and townships?

If Ramaphosa were to appoint a new minister to his cabinet, you can rest assured that it would not be someone who knows how to establish and run a factory.

We all know that the sector that used to be the backbone of our economy, mining, is in decline - and there is no evidence that this trend will reverse.

Whatever little that is left of our country's manufacturing capacity is being eroded by merciless competition from outside, particularly East Asia.

To fool millions of innocent black people, Ramaphosa has gotten his friends in the smoky investment space, Goldman Sachs, to make a positive announcement a few days to his inauguration.

It is the same Goldman Sachs that clapped hands while greedy capitalists looted the US economy to the ground before 2008.

The sad truth is that the South African economy has reached a dead end.

A few skilled and monied people are having it nice, while millions of the unskilled live in a false dawn.

The oddity of our national circus is that the same party that continues to multiply unemployment is the one that promises jobs.

But "Numbers don't lie. Politicians do."