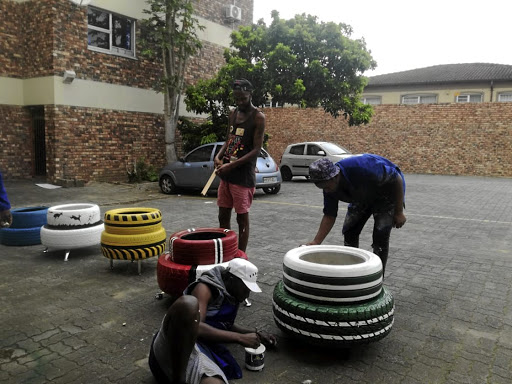 Gcingca, 39, said he realised that old tyres were causing a lot of damage to the environment, which contributed to climate change.

"I have often seen people burning tyres but no one thinks of what this does to the environment.

"The same tyres they are burning can also maintain one's family," Gcingca said.

He is the founder of Alex Gcingca Foundation, which is based in East London in the Eastern Cape.

The foundation aims to deal with environmental issues and also helps university art students with the experience that they need.

"Youth unemployment is very high in our country but sitting and folding our arms waiting for the government to deliver on their promises will not help.

"So far, I work with five students from the department of arts at Walter Sisulu University. The project is not only helping them with the experience they need but they also get to make a little something for themselves," Gcingca said.

He said he knew how "painful it is to attend classes on an empty stomach or struggling to get toiletries".

Two Free State teenagers have found a way to generate water for agricultural use from cow dung.
News
3 years ago

"These are things that can disturb one's studies and I hope with the growth of the business, I will get more students [to work with]. I decided that instead of just painting the tyres, we need to use art students to showcase their skills on these tyres."

Gcingca said they have so far collected about 200 tyres which they used to create coffee tables, chairs and washing baskets. These are sold at prices ranging between R1,500 and R2,500. 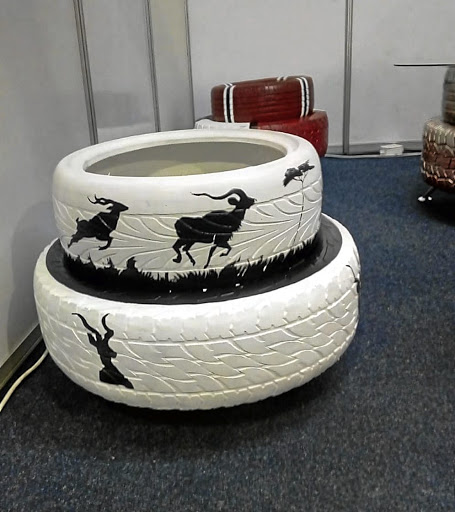 "We are very busy as we have people who are placing orders on a daily basis. However, our biggest problem is that we don't have enough space.

"The aim is to cut down the accessibility of these tyres to people. At this stage we have green house gases because the burning of these tyres results in air pollution," Gcingca said.

He added that there were issues with climate change which is also affecting the environment. "When people are burning these tyres they don't take into consideration as to what is going to happen to the environment. Each and every country has got a mandate to play a role in the climate change and South Africa is ranked as the biggest producer of emission after China.

"I am just doing my bit to help keep the environment clean."