Speech the standard to hold him by 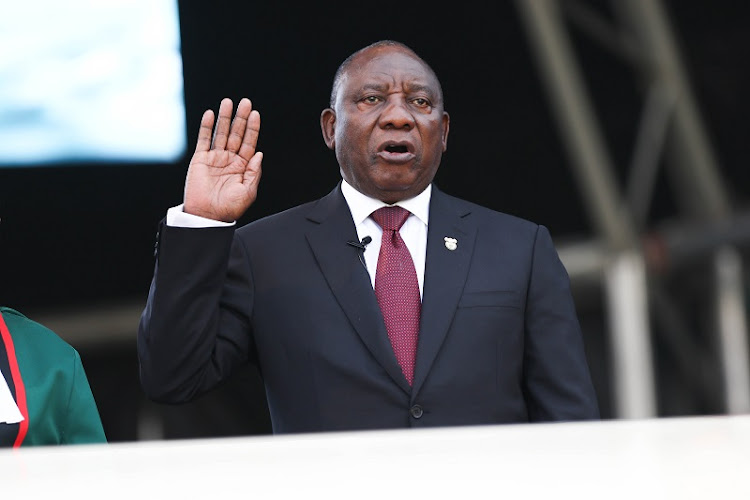 We should all take heed of City Press editor Mondli Makhanya's warning about giving President Cyril Ramaphosa a messianic status.

The president is a huge improvement on his predecessor and has indeed brought back that feeling of hope about the country's future, but he is not infallible.

It is therefore important that in supporting his effort to turn the country's fortunes around, especially on the economic front, we remain vigilant as society.

However it was wonderful listening to his well-crafted speech following his inauguration on Saturday. Here was a president who did not only speak about hope, but acknowledged our current problems and pledged towards working to solve them.

Where others would have been tempted to talk about the ANC's successes in government over the past 25 years, Ramaphosa admitted to unacceptable high levels of unemployment especially among the youth.

The inauguration of President Cyril Matamela Ramaphosa brought a new dawn for many South Africans.
Opinion
3 years ago

He spoke of South Africans who "succumb to diseases that can be treated" and who live lives "of intolerable deprivation".

He spoke frankly of corruption, especially how "our people have watched as some of those in whom they had invested their trust have surrendered to the temptation of power and riches".

He said "the challenges that we face are real. But they are not insurmountable".

In a country where racial polarisation is becoming important currency for some politicians, it was refreshing to hear the president defend the non-racialist dream espoused in our Constitution.

"We all want our children to have lives that are better than our own, to have work that is dignified and rewarding.

"We are bound together by our determination that never again shall the adversities of our past be visited on the people of this land," he said.

Equally important was his insistence that national unity cannot happen without economic transformation.

"As a nation we therefore can no longer abide the grave disparities of wealth and opportunity that have defined our past and which threaten to imperil our future.

The speech was Ramaphosa's line of march, we should hold him to every word over the next five years.