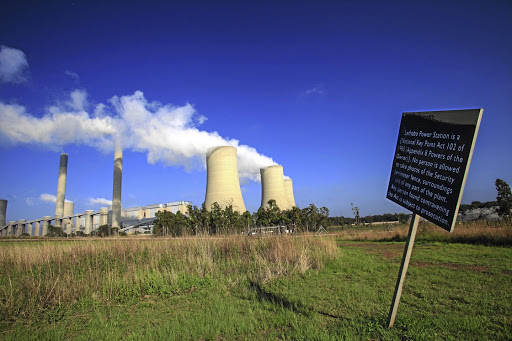 President Cyril Ramaphosa's announcement during Sona of the restructuring of Eskom was followed by the crisis of stage 4 load-shedding and the ANC alluded that it was sabotage. Eskom's division will disrupt a well-established looting machinery, says the writer.
Image: Kevin Sutherland

An analysis of last week's State of the Nation Address (Sona) reveals a trend towards the centralisation of policy-making and power in the office of the president.

Building on his 2018 address and the actions he has taken thereafter, President Cyril Ramaphosa is entrenching governing by summit, task team and advisory panel reporting directly to his office.

Last year, he undertook job and gender-based violence summits as well as the appointment of investment envoys and the initiation of an investor conference, all of which are directed from his office. He also appointed an advisory panel of experts on land reform.

He has added to this list the re-establishment of the National Security Council chaired by the president, the Presidential SOE Council, a team to improve the ease of doing business, a directorate in the office of the NDPP to focus on corruption and state capture, and a presidential commission on the 4th Industrial Revolution.

On the one hand, this presents Ramaphosa as a leader who wants to be on the pulse of what is going on in his government and wants to lead from the front with the assistance of expertise from competent practitioners and experts. On the other hand, it betrays a leader with a penchant for micro-managing, who is somewhat overbearing and perhaps even insecure.

This is his one big chance and he cannot fail. He has to control everything. He won the ANC presidency with a narrow margin at the 2017 elective conference at Nasrec. The shadow of the pro-Zuma faction looms large as he attempts to play fixer to the destruction of, in his words, the "nine lost years" of endemic looting, corruption and entrenching of patronage, now popularly known as state capture.

At the moment, it is not very difficult for Ramaphosa to shine because he is coming after a disastrous administration. He is the fixer president. Even so, his agenda is not without threat.

He is the investor community's and the media's darling. But he is not everyone's darling. His announcement of the imminent restructuring of Eskom was followed by the crisis of stage 4 load-shedding this week.

Eskom's financial and technical state is a huge threat to the wellbeing of the country both politically and economically. Taking decisive action on this is a signal to investors that he is serious about stabilising Eskom's financial woes and thus the country's economy.

Ramaphosa reacted with shock and anger to escalation of rolling blackouts. Zizi Kodwa - who is based at the office of the ANC president at Luthuli House and is also acting spokesperson for the party - cried sabotage. "The coincidence is suspicious. This comes a few days after the president made very bold statements during the Sona about growing the economy and boosting investment," Kodwa reportedly said.

The two statements are connected.

The expression of shock on Ramaphosa's part may not be a reflection of ignorance or lack of anticipation that something like this could happen than it is that in his capacity as state president it would not look right for him to start making "wild" allegations of sabotage.

The optics would be all wrong. Expressing shock gives the sense that he views the matter as technical, thus putting him above the political fray. Eskom is the site of a political and economic proxy war being fought over the control of SA's economic and political future.

Ramaphosa knows that he faces opposition to his agenda both as president of the state and of the governing ANC.

Eskom is central to this rot. The division of the utility into three parts will serve as a disruption to the well-established looting machinery weakening those from the old guard, such as former CEO Matshila Koko, who allegedly still wields influence on the internal goings-on at Eskom.

Sabotage following this announcement is therefore plausible on political grounds. This explains Ramaphosa's move to shore up power and control at the Union Buildings.