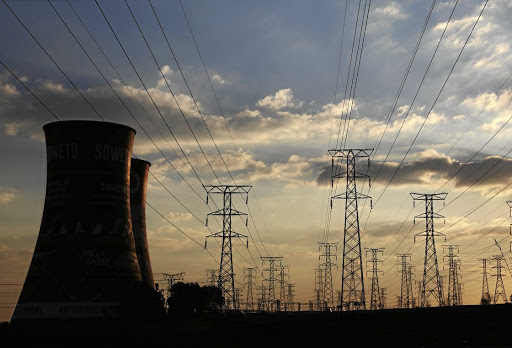 Most parts in SA have been plunged into darkness as Eskom implements stage 4 of load shedding.
Image: REUTERS / Siphiwe Sibeko

President Cyril Ramaphosa has expressed shock at the news that Eskom is implementing stage 4 of load-shedding, which is the closest thing to a national blackout.

As the nation reeled at the announcement that six power-generating units at Eskom went down yesterday, leading to large sections of the country being plunged into darkness, Ramaphosa said he was "angry that we've reached this stage of dysfunctionality".

Speaking to reporters on the sidelines of the African Union Summit in Addis Ababa, Ethiopia, he said the country's economy could not afford electricity shortage.

"Energy is really the important generator of economic growth in our country. We've heard that there is load-shedding. That comes as quite a shock because it is reported that there are six units that have gone down," he said.

The breakdown of the six energy-generation units yesterday was unexpected and happened at a time where 13 other power generation units were undergoing planned and unplanned maintenance.

The last time Eskom was forced to have stage 4 load-shedding was in 2014.

Eskom's acting group executive for generation Andrew Etzinger described the situation as dire. "Currently, we have about 28,000 megawatts available and projected peak demand of about 30,000 megawatts," he said.

Etzinger said they also needed to keep a reserve of 2,200 megawatts to protect the system in the case of any sudden changes. "This means that we are 4,000 megawatts short and need to reduce load by this amount," Etzinger said.

On Sunday, Eskom began implementing stage 2 load-shedding, which requires 2,000 megawatts to be rotationally shed at a given period.

Yesterday morning, the utility announced it would be implementing stage 4 load-shedding from 1pm to 10pm, as it had lost more generating capacity.

Eskom has just started implementing stage 4 of its loadshedding schedule.This was confirmed by Eskom spokesperson Khulu Phasiwe on Monday.
News
2 years ago

"Since this morning we have unexpectedly lost six additional generating units which have put additional strain on the system. Customers are reminded to treat all electrical points as live during load-shedding," the company said.

Eskom's spokesperson Khulu Phasiwe said four units had returned to service by last night and it was expected that the remaining three will be back to service by this morning. Eskom board held an urgent meeting with public enterprises minister Pravin Gordhan following an unexpected introduction of load-shedding.

Phasiwe said the board was urgently embarking on in-depth audit of the entire system to ensure that every technical problem was understood at a granular level and to avoid unexpected crises.

Eskom has been struggling with rising debt levels, uncompleted projects and an inefficient maintenance system.