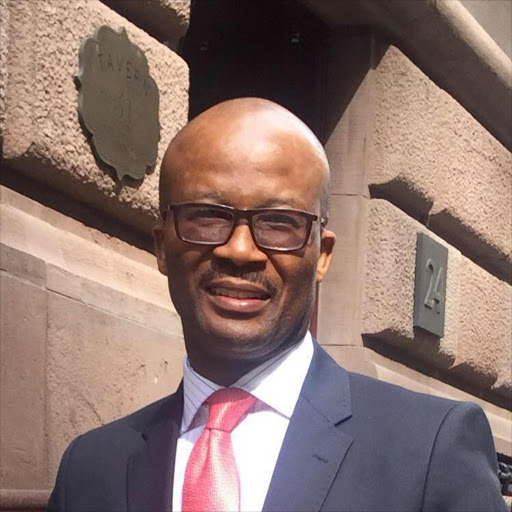 Ramaphosa initiated remedial action in line with the report of the public protector on Mogajane's appointment‚ the presidency said in a statement on Monday.

Public protector Busisiwe Mkhwebane issued a report in December on improper conduct regarding Mogajane's application for the position of director-general at the Treasury and his subsequent appointment by the Treasury.

She found that Mogajane had failed to disclose a criminal record on the Z83 application form he completed for the position and that this failure constituted impropriety or dishonesty‚ and amounted to improper conduct.

She recommended that Ramaphosa take appropriate action against Mogajane within 30 days of the report for the latter's "blatantly and dishonestly" making false representation of material facts in his Z83 form.

The Public Service Act directs that the president is responsible for disciplinary steps and the implementation of relevant sanctions against a head of department. But another section of the act enables the president to delegate to any minister any power conferred on the president‚ including the power to initiate disciplinary action against a director-general as well as to effect the outcome thereof‚ noted the presidency.

"Consequently‚ President Ramaphosa has informed the public protector in writing that he has requested the minister for public service and administration‚ Ayanda Dlodlo‚ to study the report on Mogajane and advise on the steps the department will take to address the specific issues raised by the public protector.

"The president has also in terms of the Public Service Act – read with other provisions – delegated to the minister of higher education and training‚ Naledi Pandor‚ the power to initiate disciplinary action against Mogojane‚" said the presidency.

Once Pandor would have fulfilled her role‚ the president delegated to finance minister Tito Mboweni the authority to implement the outcome of the disciplinary hearing‚ including the sanction pronounced by the chairperson.

"The president is of the view that the current minister of finance‚ who is required to take ownership of decisions made by his predecessor‚ may be conflicted in this situation and it would therefore not be appropriate to delegate the power to institute disciplinary actions against Mogajane to the current minister‚" said the presidency.

The state capture inquiry on Thursday heard how after just three minutes of having received a confidential National Treasury report, Des van Rooyen’s ...
News
3 years ago

Dondo Mogajane is the new DG at the national treasury

Long-serving national Treasury official Dondo Mogajane has been appointed as its new director general. This was announced by cabinet on Thursday by ...
Business
4 years ago

Messy “lapses in governance“‚ blamed for the misspending of R1.2-billion on an aborted plan to introduce an integrated financial management system ...
News
4 years ago
Next Article