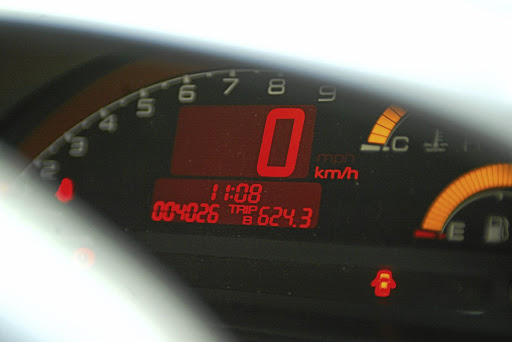 Odometer fraud is a wicked crime.

Most victims are often low- income earners who struggle to buy used cars.

And yet, they are unaware that they are being fleeced.

Cebisa Kona, 34, of Kathu in the Northern Cape is a victim of such a crime.

The mother of one said she bought a five-year-old VW Polo 1.6 in July based on its low mileage.

"Many people advised me that when buying a used car I should get one which has clocked below 100 000km, so I thought I had made a good choice when buying this one," Kona said.

She said Jeffrey Mokgatle, the owner of Regal Motors, was efficient when he attended to her as he managed to get her finance within a day after she approached him.

"In no time Iemas Financial Services called to confirm that they had granted me a loan of R170 000 for the car," said Kona.

A day later she excitedly drove off from Regal Motors with her set of wheels, she said.

Kona said when she asked for a service book she was told it belonged to a car hire company and did not get its book as they owned a fleet of cars, Kona said.

She said she trusted Mokgatle and took his word.

Kona said she rarely drove the car as she used a staff bus to and fro work.

She was also given a one-month warranty, contrary to the provisions of the Consumer Protection Act (CPA).

Section 56(2) of the CPA allows a consumer to return defective or unsafe goods to the supplier for repairs, exchange or a refund.

"It stalled and the engine had a funny, idling noise," Kona said.

She went back to the dealer and requested him to exchange it, but Mokgatle offered to repair the defects.

However, it came back with the same problem and she has since left it in his care, Kona said.

"Since I left the car with him he has been harassing me to collect it or else I would be liable for storage fees," Kona said.

This prompted Kona to investigate the origins of the car. She called the traffic department in Kathu to request for the details of the previous owner.

Kona got the information and called the previous owner. She was shocked to discover that the car had clocked 255000km when it was serviced in June this year.

She also obtained the vehicle's service history from VW in Kimberley where it had been serviced since 2014.

Mokgatle confirmed the mileage on the car had been tampered with but denied that he did it. He said he bought the car from a local auctioneer and the documents given to him showed the reading as 90000km.

He said Kona was not the only victim as his other clients had complained about odometer tampering.

"I'm also a victim but I will take it like a man," Mokgatle said.

He offered to sell the car so he could settle Kona's debt with the finance company.