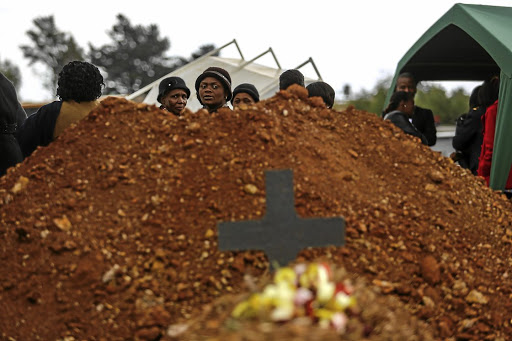 Consumers must ensure they buy their funeral cover from a registered provider backed by a registered insurer.
Image: Moeletsi Mabe

If you have taken out more than two funeral policies for your loved ones, this could backfire on you.

The insurance company may just refund you all the premiums you have paid instead of the thousands you were hoping for.

In a recent determination, the Ombudsman for Short Term Insurance rejected the claim of a consumer, Thalitha*, who had taken out several policies which provided funeral benefits for her nephew Mandla's* life. In all of the policies, she was nominated as a beneficiary.

The policies provided cover for death by accidental and natural causes.

Upon Mandla's death, Thabitha submitted a claim and one insurance company declined to pay on the grounds that she did not have any insurable interest in the life assured. The insurance company said she had already received R1.04m for the death of her nephew when the insurer was considering her claim.

The above amount included R20 000 and R56 180 payouts for funeral costs, the ombudsman said.

Thalitha argued that when she took out the policy on her nephew, the company did not ask her whether there were any other policies covering Mandla's life.

She said the insurer also did not advise her that taking out multiple policies on Mandla's life was not allowed.

"The insurance company also did not point out that any liability in terms of this policy would be affected by any other policies issued on the same life assured," she said.

Having considered the relevant common law, the Ombudsman for Short Term Insurance's office found that she would be entitled to a refund of all premiums she had paid as it would be against public policy to allow the beneficiary to profit or benefit from the death of the nephew, beyond their interest in the life assured.

The ombudsman therefore found that the insurer should not only refund the premiums, but also pay interest on the amount, calculated at the prescribed rate of interest over the relevant period, using the simple method of calculation.

Penny Penny now has his own funeral plan

Penny Penny has gone into the funeral business‚ expanding his empire with the launch of funeral cover bearing his name.
Entertainment
3 years ago
Next Article