This is contained in the indictment compiled by the state against Tshepiso Kekana, 27, Cidraas Motseothatha, 43, Madimetja Legodi, 37, and Victor Mohammed, 51 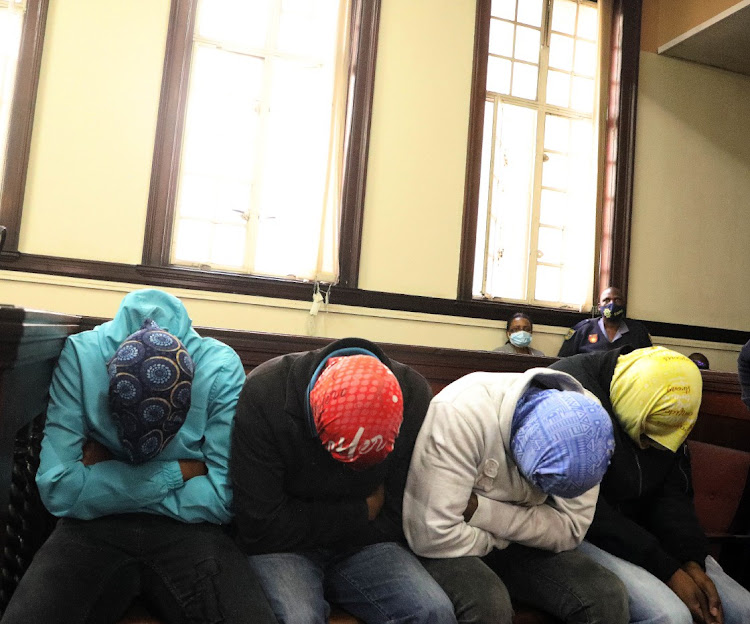 The four police officers accused of murdering Mthokozisi Ntumba during a student protest in Braamfontein, Johannesburg, shared a common purpose when they allegedly killed him.

This is contained in the indictment compiled by the state against Tshepiso Kekana, 27, Cidraas Motseothatha, 43, Madimetja Legodi, 37, and Victor Mohammed, 51, who are charged with murder and three counts of attempted murder.

In the summary of substantial facts, the state alleges: “...that at all times during the commission of the offence the accused and his co-perpetrators acted in furtherance of a common purpose. It is at present unknown to the state precisely when, where and/or in what manner the common purpose was formed, but it is alleged that it was in existence at the latest immediately to and for the duration of the commission of the offence.”

In addition, the prosecution states that Legodi had a legal duty to act but failed to do so as the senior ranking officer between the four.

The officers appeared in the high court in Johannesburg on Wednesday where they all pleaded not guilty to the charges against them.

The four police officers accused of murdering Mthokozisi Ntumba during a student protest in Braamfontein, Johannesburg, have all pleaded not guilty.
News
2 months ago

Following the conclusion of their pretrial proceedings, acting judge William Karam said their trial would start on January 17.

In addition to Ntumba’s murder, they are also accused of attempted murder in connection with Masiu Oarabile Lefa, Siphesihle Mtsweni and Nikiwe Rasmeni — students enrolled at Johannesburg Institute of Engineering who were waiting outside their school when the officers opened fire on protesting students on March 10.

During their brief appearance on Wednesday, prosecutor Adv Evelyn Moseki told the court that she and the accused’s legal representatives had concluded their pretrial conference and that she had shared with them copies of the docket, indictment and a contentious copy of a 45-minute long video footage that captured the shooting.

In March, when the officers applied for bail, the Independent Police Investigative Directorate (Ipid) investigating officer Tinyiko Thwala told the Johannesburg magistrate’s court that she was met with challenges when she approached senior members in the police service to disclose the identities of the four officers attached to the Public Order Policing Unit.

She said it took a number of days to unearth evidence of what actually transpired when Ntumba was gunned down with rubber bullets during the student protest over historical debt. She said it took five days for the officers to be apprehended after the shooting.

Ntumba was shot and killed after he exited MyClinic Health Care on De Beer Street where he had consulted with a doctor.

The 35-year-old was declared dead on the scene by a doctor who had examined him shortly before he was shot.

The matter left a high court judge annoyed after the state and defence attorneys could not agree on evidence admitted ahead of the pretrial ...
News
3 months ago

The cold-blooded murder of a Gauteng health official who was a witness in the PPE scandal has sparked outrage and prompted calls from different ...
News
5 months ago

Police brutality is "of serious concern", police minister Bheki Cele said, as he admitted that allegations of wrongdoing had damaged SAPS' image.
News
9 months ago
Next Article