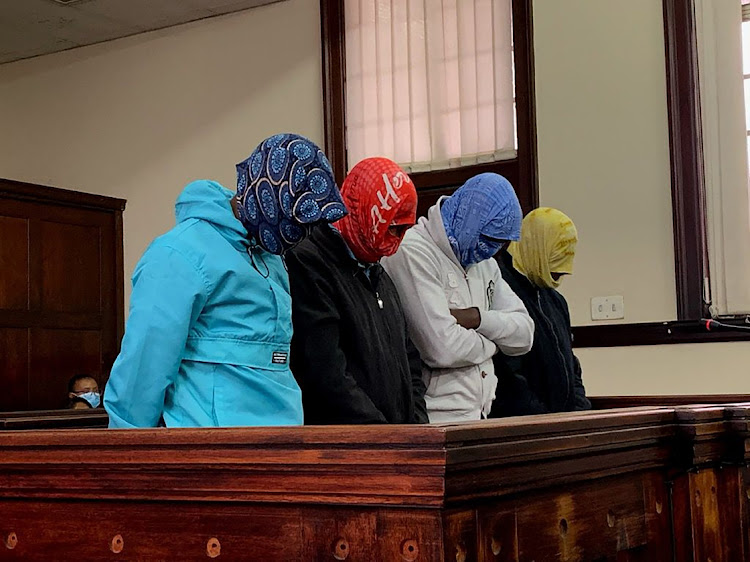 FILE IMAGE: Four police officers from the public order policing unit appeared at the Johannesburg magistrates court on March 24 2021. They appeared in connection to the death of Mthokozisi Ntumba.
Image: Deepa Kesa /TimesLIVE

The four police officers accused of murdering Mthokozisi Ntumba during a student protest in Braamfontein, Johannesburg, have all pleaded not guilty.

During pretrial proceedings in the high court in Johannesburg on Wednesday, acting judge William Karam set the trial date for January 17.

Tshepiso Kekana, 27, Cidraas Motseothatha, 43, Madimetja Legodi, 37, and Victor Mohammed, 51, have been charged with murder and three counts of attempted murder.

State prosecutor Adv Evelyn Moseki told the court that she and the accused’s legal representatives had concluded their pretrial conference and that she had shared with them copies of the docket, indictment and a contentious copy of a 45-minute long video footage that captured the shooting.

The four officers are out on R8,000 bail each. They were arrested a few days after Ntumba, a bystander, was shot dead on March 10, allegedly by the accused while they were dispersing a group of students who were protesting non-registration due to historical debt.

The matter left a high court judge annoyed after the state and defence attorneys could not agree on evidence admitted ahead of the pretrial ...
News
8 months ago

Police brutality is "of serious concern", police minister Bheki Cele said, as he admitted that allegations of wrongdoing had damaged SAPS' image.
News
1 year ago
Next Article