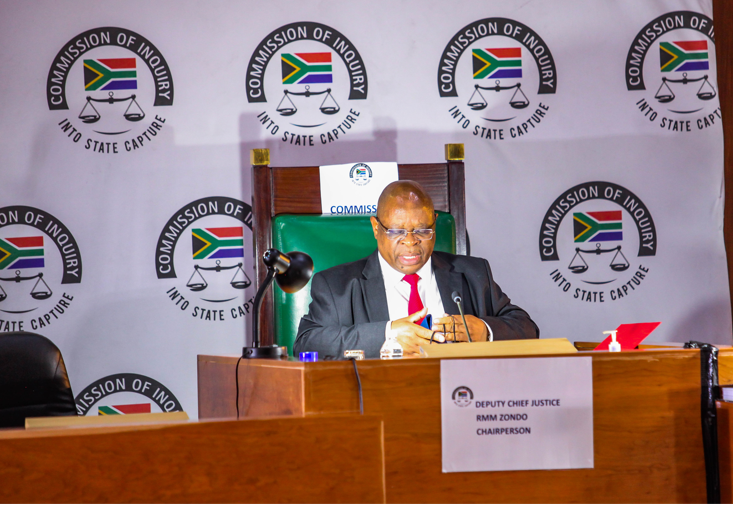 It is impossible to conclude that international law was violated when the Constitutional Court sentenced Jacob Zuma to 15 months' imprisonment, the state capture commission said.
Image: Gallo Images/Sharon Seretlo

If the constitution was complied with when the Constitutional Court sentenced former president Jacob Zuma to a 15-month jail term after finding him guilty of contempt, it is impossible to conclude that international law was violated.

This is the submission of the state capture commission and its chair, deputy chief justice Raymond Zondo, on Wednesday in the application by Zuma, who seeks the rescission of the judgment passed in May.

After hearing Zuma's rescission application in July, the court issued directions on August 6 calling on all parties to make submissions on whether it was obliged to consider the implications of international law on Zuma’s detention.

The articles in the ICCPR provide that everyone has the right to liberty and security of person, and that everyone convicted of a crime shall have the right to his conviction and sentence being reviewed by a higher tribunal, according to law.

In submissions made by Zuma's lawyers on Friday, they said the court's apparent refusal to release him, pending its decision on whether to rescind its imprisonment order, was an “egregious violation” of international law.

In its submissions, the lawyers for the commission said Zuma's central argument — even though misguided — was that he is detained unconstitutionally insofar as his detention was not preceded by a criminal trial in which the right to a fair trial right is observed.

The commission said the ICCPR was intended to prevent detentions which do not comply with the procedures laid down by the law.

The commission said the ICCPR has no force of law in SA and does not directly bind SA when acting domestically.

“It is relevant in interpreting the bill of rights, but it creates no self-standing rights and obligations, domestically. No-one can approach a South African court alleging a breach of the ICCPR,” it said.

Why burn down the country for Zuma and his selfish children?

On our part as ordinary citizens, especially us black people, we need to have an unsettling conversation with ourselves.
Opinion
9 months ago

The commission also said there was no inconsistency between SA's constitution and the ICCPR. It said, in fact, the constitution provided more protections than the ICCPR.

The Council for the Advancement of the South African constitution, which was admitted as a friend of the court, said in its submissions that the court was obliged to consider the ICCPR.

However, it said the ICCPR does not assist the merits of Zuma's application for rescission.

“In effect, though, that consideration is potentially redundant because the covenant provides overlapping protection duplicative of the rights contained in the constitution,” it said.

Casac said the articles in the ICCPR are international guarantees against an unfair deprivation of liberty and preserve the right to a fair trial of a criminally accused person.

Casac said Zuma has not been convicted of a crime but was imprisoned for civil contempt due to his flagrant disregard of an order compelling him to appear before the commission.

“This matter is not about a conventional criminal trial. Mr Zuma is a respondent in civil contempt proceedings and is not an ‘accused person’ as envisioned by section 35 of the constitution,” Casac said.

Are you satisfied with the ConCourt's ruling?
Next Article