Boy (4) killed in the bushes near home 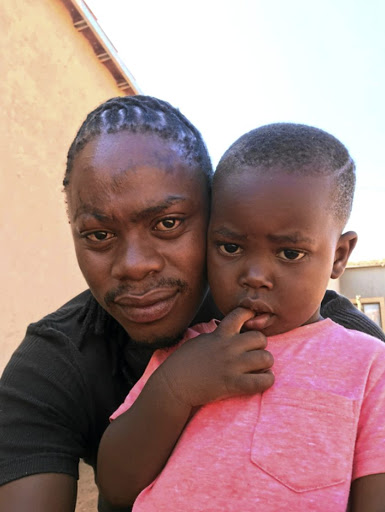 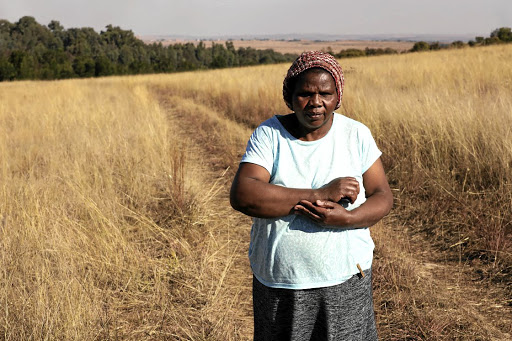 Last Tuesday, Bandile Skosana celebrated his fourth birthday. On Saturday morning he disappeared from his father's home in Bronkhorstspruit, east of Pretoria.

The next day he was found about 2km away, dead.

Bandile's body had been stabbed at least 14 times in his chest then crushed with a boulder.

The savage crime has rocked the community of Rethabiseng.

Bandile's father, Sipho Skosana, is devastated by the gruesome killing of his child.

"My family last saw him at around 10am on Saturday.

"They thought he left with a neighbour's kid because that was the only friend he had in the area," Skosana told Sowetan.

"The neighbour's kid returned home at around 4pm and he asked where Bandile was. He said he last saw him in the morning."

The family was thrown into a panicked frenzy and started searching for the boy.

Skosana said they then contacted the police and reported Bandile's disappearance.

"Later on in the evening, a boy aged about 14 said he was hunting in the nearby mountain when men chased him after he saw them crushing [what looked like a boy] with huge rock. We didn't know if it was Bandile at the time, but the community followed the [teenager]," Skosana said.

"He [the 14-year-old boy] was obviously traumatised and he did not remember where the incident happened.

The body of six-year-old Alexia Nyamadzawo has been found in a sugarcane field in Riet Valley, just outside Glendale.
News
1 year ago

"But the community, along with the police, started the search party on Sunday and we found Bandile's body lying under the boulder.

"My son was stabbed 14 times in his chest. Initially, we thought they were after his body parts, but everything was intact.

"I don't have any enemies [in the community] and I'm a normal guy who works at the mine and I don't occupy a senior position. So, why would people do this to my child?"

Bandile lived with his mother in Daveyton, Ekurhuleni, and had visited his father before the countrywide lockdown following the outbreak of Covid-19 in March.

Skosana questioned why his son, an innocent and playful child, was murdered in such a brutal manner.

"He could have been a better portrait of myself and could have achieved a lot in life. But now his life was taken. We had planned a birthday celebration for him that Sunday as well."

Police spokesperson Capt Kay Makhubele confirmed the murder and said no arrests were made by yesterday evening.

"We are appealing to the community to come forward with information that could lead to the arrest of the suspects," Makhubele said.

Bandile's grandmother Christinah Mthembu said: "I was at work when Bandile went missing after I left him with my eldest daughter. He was waiting for his mother to come from Daveyton to bring him gifts for his birthday."

She said she suspected that the child was killed for rituals.

"There was no blood where his body was found under that rock. It looked like he was killed elsewhere and [his body] taken there [at the crime scene] to be buried."

Mthembu said Bandile had been visiting her family since the beginning of the national lockdown.

An Nkandla pastor and two women have been arrested in connection with the deaths of two nine-year-old girls, who were allegedly beaten during an ...
News
1 year ago

She said they had just reunited with the boy.

"Bandile was my son's child but he had been staying with his mother [since his parents separated].

"But what really hurts is that we had just spent our first Christmas with him since the parents had separated.

"He had been excited to wear his new Spiderman clothes that I had bought for him," she said.

Speaking to Sowetan in the presence of his mother, the 14-year-old boy, who cannot be identified, said he had gone to hunt in the nearby mountain when he witnessing the brutal murder.

"My friends and I hunt for rabbits or other wild animals for meat at our homes. But what I saw on Saturday changed my whole life," the boy told Sowetan yesterday.

The teen said as he was walking on the mountain he jumped over a rock and noticed a small shoe.

"I immediately noticed there was blood next to the shoe but I though it was a doll. But when I looked closely, I realised it was a child but he looked dead," he said.

The boy said he then looked further and noticed boots under the rock that he was standing on.

"When I looked on the edge of the cliff, I saw a group of about men who had their faces covered.

"I began shaking. I then walked backward to prepare myself to run, fearing for my life," said the boy.

The boy said later, as he was hiding under a tree, he then saw two men who carried a big rock to place on top of what looked like a body.

"I tripped and fell and I saw two men running towards my direction.

"I ran for my life until I reached the end of the bushes and realised they had lost me. That's how I escaped."

The boy said he did not get to see the men's faces because they had covered themselves.

A neighbour, Sesi Zabane, whose child played with Bandile, told Sowetan her son could not sleep thinking he could have died with his friend.

Zabane said she did not see who could have taken Bandile because she thought he had gone home next door to eat.

"My son has been hallucinating and telling us he has seen Bandlile playing with him outside.

"We are all shocked as the community and this has left us fearing that another child could be a next victim of this brutal murder."

The mother of a teenage boy who was suffocated and shot in cold blood while she was working the night shift says she needs answers from the killers.
News
1 year ago

The recent spate of children killed by their parents or relatives is part of an increase in the crime, says a criminal expert.
News
1 year ago

Hunt on for father as four children's bodies are uncovered

Limpopo police have ordered a manhunt for a 52-year-old man who allegedly killed his four children at ga-Phasha village on Monday.
News
1 year ago
Next Article