Workers should down tools if they feel unsafe - Cosatu 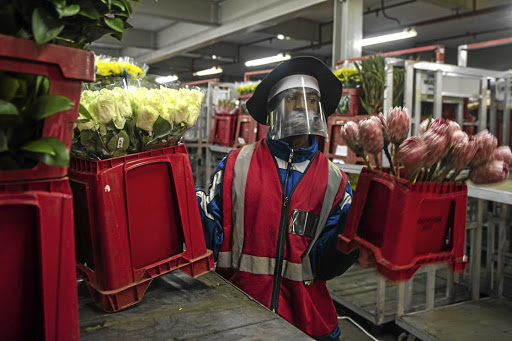 Workers want to be allowed to down tools if their employers fail to provide them with masks and other protective gear in line with the national lockdown level 4 regulations aimed at curbing the spread of coronavirus in the workplace.

Labour federation Cosatu made the call yesterday following an announcement by minister of employment & labour Thulas Nxesi that companies which did not comply with the Covid-19 safety measures could face sanction and possible closure.

Cosatu spokesperson Sizwe Pamla said: "Workers should be empowered to down tools if they feel unsafe and employers should face punitive measures for not complying."

He said Cosatu was already raising this suggestion on many platforms. "It's already there in the Mine Health and Safety Act 29 of 1996 as amended and the Occupational Health Safety Act, but we want it to be included in these ministerial directions in the context of the lockdown to make sure that workers are properly covered," Pamla said.

"The department is not well resourced and this is why workers should have a right to refuse to work. There are not enough inspectors to monitor all workplaces."

SA Federation of Trade Unions (Saftu) general secretary Zwelinzima Vavi laughed off Nxesi's threat, saying it would have been a good move "only if he would actually do it".

Vavi said the department didn't have the capacity as it had about 170 occupational health and safety inspectors on the ground while there were 1.8-million registered employers in South Africa.

"We support that [move to shut down companies] only if he [Nxesi] was going to do it... the first issue that's being thrown into our face by this Covid-19 crisis is that we have a very weak department that has no capacity," Vavi said.

He said the department needed to be assisted to be able to know what's happening in workplaces as it was unable to do that by itself.

The department has encouraged workers to be vigilant in workplaces and report employers who do not adhere to health and safety measures.

Some of the new regulations stated that all companies and industries, both private and public, must designate a Covid-19 compliance officer who will "oversee the implementation of the plan referred to in sub-regulation and adherence to the standards of hygiene and health protocols relating to Covid-19 at workplace".

The department's chief inspector for occupational health and safety, Tibor Szana, said they would be appointing 500 more inspectors to boost their 170 inspectors nationwide. He said the aim was not to go out to close companies but their role was to ensure that best practices in avoiding the spread of Covid-19 were complied with.

Business Unity SA's CEO Cas Coovadia said the private sector has played, and continues to play, a very proactive and positive role in working with the government and unions to manage the impact of Covid-19.

"We are thus concerned about the approach of the department of labour, which appears to be Draconian. We are all learning on a day-to-day basis how to address this pandemic and we will make mistakes or have shortfalls, including employers and employees.

"The government should thus adopt an approach of identifying issues, warning businesses to redress and only acting against businesses that deliberately and consistently violate regulations," he said.

Kasi mask business booms as articles are snapped up

"I spend about R110 on a one metre of fabric and I use dutchess and polycotton. I produce about 30 masks from one metre and I sell one mask for R40 ...
News
1 year ago

Cosatu calls for moratorium on retrenchments

Cosatu president Zingiswa Losi has called on government to impose a moratorium on retrenchments in the private businesses it bails out during the ...
News
1 year ago