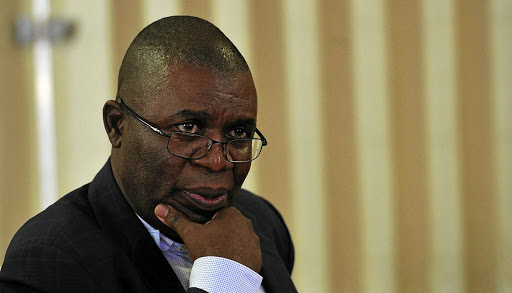 Sydney Mufamadi says research must be focused in order to overcome the current situation./Veli Nhalpo

Mufamadi, however, said current problems experienced by workers could be just temporary setback.

The University of Johannesburg's faculty of management and school of leadership director said the country needs solutions that worked in the past after similar difficult times in other parts of the world.

"We must regard what's happening now as a temporary setback but one to the extent that we are determined ourselves to work hard to get our country out of this... there's nobody else to deliver us from this problem," Mufamadi said.

He said lessons could be drawn from other plagues that the world has seen including the 1918 Spanish Flu, among others.

"What is important is for us to have a research community that leaves no stone unturned in trying to open the archives of what happened in the past and how did people try to get out of difficult situations, what are the lessons we can learn from what they did then," Mufamadi said.

On workers receiving retrenchment notices during the lockdown, Mufamadi said: "I don't think there's anyone who's just in a hurry to issue section 189 notices, I think everyone wants to survive but I'm sure an employer who says the boat is sinking, cannot pretend it's not sinking."

He said South African workers needed to focus on the bigger picture to realise that there's an opportunity to reverse the damage caused by the Covid-19 pandemic.

He said lessons could be drawn from Europe which underwent a devastation including the two crippling world wars which destroyed economies of many of its countries.

"A devastated Europe following the two world wars went through a process of reconstruction, that reconstruction wouldn't have been successful if as many people did not ask themselves a question: 'what is my contribution to this process of rebuilding my country?," he said.

South Africa on Wednesday recorded its single biggest 24-hour jump in Covid-19 cases, as the tally surged to 5,350.
News
1 year ago

More than 200 Cuban doctors who jetted into the country yesterday are world-renowned Covid-19 experts who will be deployed where they're needed the ...
News
1 year ago

Nearly 60% of Gauteng's Covid-19 cases are in Joburg

The number of people who have been infected with Covid-19 in Gauteng is now 1,377, with 89 recoveries and eight deaths.
News
1 year ago
Next Article