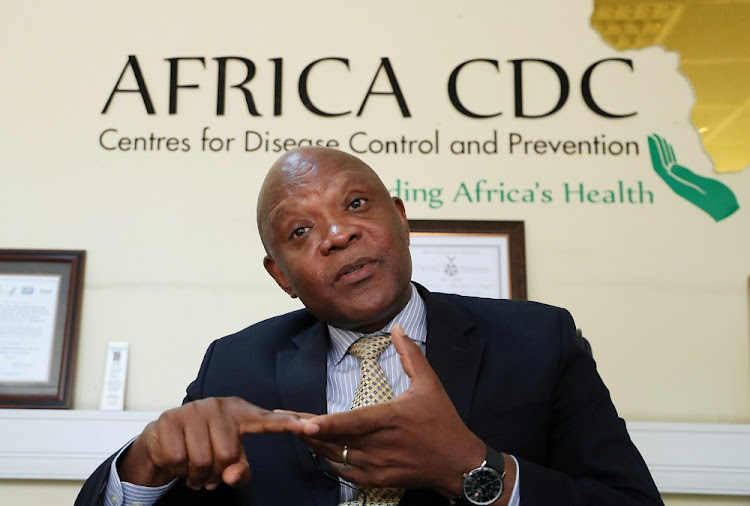 Africa's lack of access to Covid-19 tests could undermine the global fight against the virus, says the head of the Africa Centres for Disease Control and Prevention (Africa CDC).

Writing in Nature, John Nkengasong said powerful countries were racing to acquire tests, and without its own manufacturing capacity Africa would be left behind.

“No country can securely eliminate Covid-19 — or its devastating economic domino effects — if the disease becomes rampant across a continent of 1.3-billion people. For Africa to get ahead of the pandemic, we need to scale up testing fast,” said Nkengasong.

On Wednesday, Africa had confirmed 35,800 infections and 1,528 deaths, but the numbers are rising by more than 40% a week, and Nkengasong said they were likely to be underestimates.

Forty-three countries had been trained by Africa CDC to test for the virus, but tests were not available.

“The collapse of global co-operation and a failure of international solidarity have shoved Africa out of the diagnostics market,” said Nkengasong. “With its lack of hospitals and high prevalence of conditions such as HIV, tuberculosis, malaria and malnutrition, Africa could see Covid-19 mortality rates higher than elsewhere, even in children. It will be higher still the more slowly we implement testing.

“Lack of access to diagnostics is Africa’s achilles heel. When SARS-CoV-2 [the virus strain which causes Covid-19] was first reported, genome sequences were made available within weeks and several groups in Asia and Europe started producing in-house tests.

More than 200 Cuban doctors who jetted into the country yesterday are world-renowned Covid-19 experts who will be deployed where they're needed the ...
News
1 year ago

Five remand detainees at Kgosi Mampuru II prison in Pretoria are among the latest people to contract Covid-19 in the correctional services department.
News
1 year ago

“Africa lacked this capacity and had to wait for the tests to be introduced, a tardy ‘trickle-down’ of diagnostics. The situation has now become worse: a race is on by the powerful to acquire whatever Covid-19 tests are available.”

Nkengasong said global protectionism had led more than 70 countries to impose restrictions on the export of medical materials.

“Wealthier countries should reserve some fraction of these supplies for export; that would cut their own risk that the disease will be reintroduced,” he said.

“Where export markets are open, African countries must band together to negotiate as one large customer, rather than as many small buyers fighting for a seat at the table.”

SA is poised to overtake Egypt to become the African country with the most confirmed cases of Covid-19.
Image: https://www.worldometers.info/coronavirus/

Once this was done, three more steps were needed to scale up testing:

“For Pact to succeed and save lives, it needs international support and partnership with the private sector, not interference, and support from the African Union Covid-19 Response Fund,” he said. “Government leaders, finance and health ministers and global-health experts must be willing to work together for a collective win, even when leaders feel pressure from their own nations.

“Hundreds of thousands of Africans shouldn’t need to die because of a global crisis that requires global action and global solidarity. If Africa loses, the world loses.”