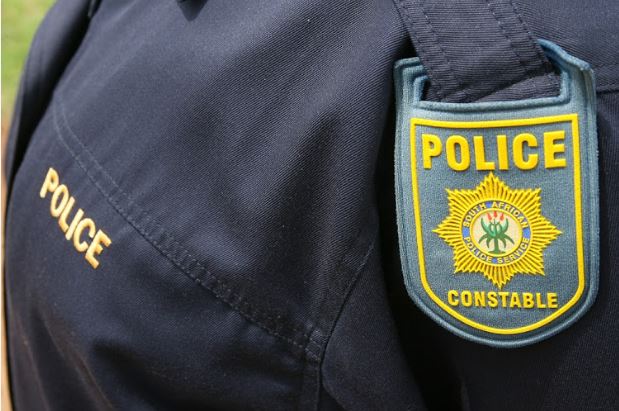 A man says his family lives in fear after Khayelitsha police allegedly threatened and assaulted him, then later refused to issue him with the required forms to open a case.
Image: Elvis Ntombela

A road trip from his rural home in Willowvale, in the Eastern Cape, to Cape Town ended badly for Mzuvukile Lunda after he was allegedly assaulted by Khayelitsha police.

The officers, Lunda claimed, mistook him for a taxi driver and accused him of stealing a car.

It was the evening of March 16 and Lunda had just returned to his Khayelitsha home. He said he had just dropped a hired trailer at a local trailer company when four police officers shone a torch in his eyes.

Not only did the police end up allegedly beating him up - demanding that he "owns up to stealing an abandoned and vandalised vehicle" - but when he went to a local police station to lodge a complaint against the petulant officers, their colleagues tried to "cover up for them by omitting threats made by the police" from his statement.

“They plainly refused to record threats that the police made during my assault … where they threatened that they have much stronger hitmen on their side than the ones used by the taxi industry. They clearly thought that I was a taxi owner or driver,” he told SowetanLIVE sister publication TimesLIVE.

Ipid investigates 21 complaints of murder, rape and assault against cops during lockdown

The Independent Police Investigative Directorate has received 21 cases since the start of the lockdown in the country.
News
1 year ago

Lunda said not only does his family now live in fear following the threats, but police also “sabotaged” his case by refusing to issue him with J88 forms, the legal document that is completed by a medical doctor to record injuries of the victim in a criminal matter.

Almost two weeks after the assault, the father of two said Harare police were still refusing to issue him with the legal document.

“When I asked that they give me the forms, the officer who was taking my statement said my injuries are not that bad, therefore there will be no need for the doctor to fill the forms. When I said it’s not his prerogative to decide on how serious my injuries are, he just plainly refused, said he can’t help me," he said.

He managed to get the forms from Table View police, over a week after the alleged assault. But as a result of the gap between the alleged assault and the forms being issued, no doctor is apparently prepared to help him any more. He said the refusal to give him the forms has been a “deliberate and malicious move by the police”.

“No doctor is willing to help me because the injuries I have are not prominent anymore. Even the doctor that I went to a day after the assault has shown reluctance to fill the forms, asking why am I only bringing the document so late after the incident.”

Guard in court for murder of Gauteng man during lockdown operation

Security guard Siphiwe George Ndlovu appeared in the Boksburg regional court on Tuesday for the the death of Sibusiso Amos, who was allegedly gunned ...
News
1 year ago

He believes that the police got exactly what they wanted. “They knew from the word go that a J88 would implicate them. By not giving me the forms, they wanted to kill my case when it goes to court. They know without medical records I will not have any leg to stand on in court. They will simply deny it," he said.

Describing what happened on the night of March 16, Lunda said: "They asked whether I had knowledge of a car nearby that had no registration plates. I told them that I had no knowledge of it as I had just returned home. I even showed them invoices that showed that I was out of town, including fuel slips.”

Before he knew it, Lunda said he was on the ground following a punch from one of the officers and a slap from another.

“The three officers, except for one policewoman, started to kick me and punched me on my head, demanding that I tell them where I stole the car and what have I done to its battery and registration plates. They kicked, assaulted me so much that I ended up apologising for something that I hadn’t even done. That gave them another reason to kick me even more," he said.

Lunda said his battle continued when he went to the police station to report the incident. “The police initially refused to take my statement, saying that I had nothing that proved that I was beaten by the police," he said.

Only after he identified the officers' car did the police agree to take his case.

It was only after he reported the alleged incident to the Independent Police Investigative Directorate (Ipid), he said, that a station commander phoned Lunda, allegedly promising to personally investigate the matter and report back to him.

He too allegedly refused to take a statement of his accusations. “Both the officer that initially took my statement and the station commander have refused to record the threats, and that makes me feel very unsafe given the chequered record of Khayelitsha police,” he said.

Police spokesperson Captain FC van Wyk confirmed that a case of common assault has been registered at Harare police station.

“The police are also investigating a service delivery complaint which was also lodged by the complainant," he said.

Van Wyk said whenever a complainant of assault was lodged, “a J88 form should be issued in order determine the extent of injuries by medical practitioners”.

He said the case has been referred to Ipid for further investigation.

A 40-year-old Vosloorus man was allegedly gunned down in his yard, leaving four children who were caught in the cross-fire hospitalised.
News
1 year ago
Next Article