Protesting UWC students claim they were 'brutally beaten' and detained 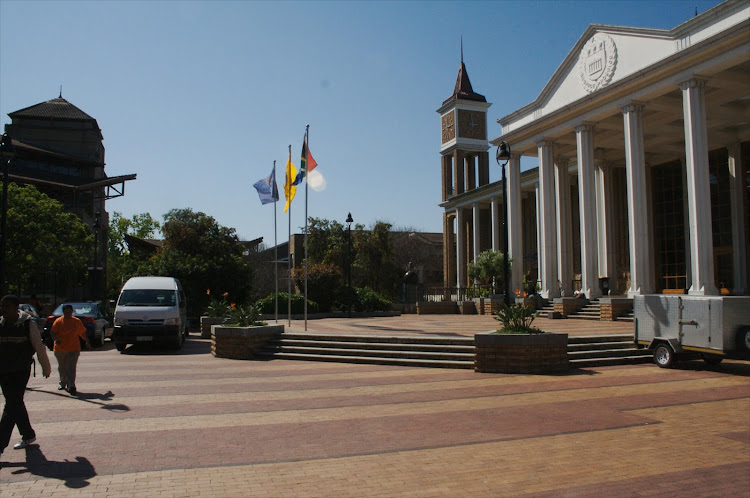 Students at the University of the Western Cape (UWC) claim they were wrongfully detained and assaulted on Monday.

The claims — made by one of the affected students in a Facebook post, as well as by the student representative council (SRC) president — have been denied by the university, which says the students should open cases against anyone involved if they were assaulted.

The student who wrote the post reiterated the details to SowetanLIVE's sister publication TimesLIVE.

Four students were reportedly involved in the incident.

According to student Siyasanga Ndwayi, three students were detained by UWC's campus protection services (CPS) on Monday morning for allegedly disrupting the registration process and causing damage to university property.

When fellow students heard about it, they headed to the CPS offices to inquire about what happened.

Ndwayi, who was one of those students who went to the office, said he was then detained. He alleged they were “brutally beaten” and not given anything to eat. He said some of them had visible bruises.

They were then handed to officers from the Bellville South police station.

Ndwayi said that when they demanded the reasons for their arrest, none were given. He was later released.

So today I got wrongfully detained on campus and I was kept at CPS(Campus Protection Services). At CPS, I joined...

The university said it had no record of the incident and encouraged the students to open cases with police, the police watchdog and with the university.

UWC spokesperson Gasant Abarder said the university was aware that students had been detained, and that one student said he was struck in the face when being taken into custody.

“If students were assaulted by the university's CPS, it should be reported to the university and the police. The university will then investigate, but to date no such complaints have been reported,” he said.

Abarder said when the university heard about the students being detained, its director of legal services, Shervaan Rajie, was sent to secure their release.

“The students were not held in cells but in the offices of the SAPS. Internal investigations regarding student conduct will be pursued.

“Mr Rajie said upon securing the release of the students, there were no discernible signs of assault.

“One student, whose release Mr Rajie secured, complained that he had been struck in the face when he was apprehended. Mr Rajie advised him that if any member of the police had assaulted him, he should lay a complaint with the police or Ipid.

“He also advised that if any contracted security provider had assaulted him, he should lay a complaint with the university or lay a charge with the police,” said Abarder.

He says that they were not detained but handed over to the operational commander of the university.

SRC president Sasha-Lee Douglas, who was credited by Ndwayi as having been influential in the release of the students, said she received a call between 10am and 11am that students had been detained by CPS. She then went to the CPS offices to try to  negotiate for their release.

“When we got to the office, CPS refused to release the students and was not willing to give us  reasons as to why the students were detained. After refusing my SRC members entry inside the offices, a fellow SRC member who was accompanying her was physically removed from the CPS offices,” said Douglas.

She said the students were victimised and assaulted before being taken to Bellville South police station in the afternoon, where Douglas demanded their release.

“We need an explanation as to how the university is able to detain students for having a non-violent demonstration regarding accommodation and registration-related student issues,” she said.

“We also want to interrogate why the university is hostile and aggressive in their engagement with students.”

A 24-year-old female student at the University of Fort Hare has been arrested in connection with the death of her “close friend”, a male student at ...
News
1 year ago