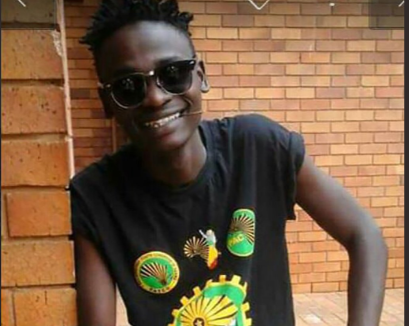 Katlego Monareng, who was shot and killed outside the TUT Soshanguve campus near Pretoria in 2018.
Image: Twitter / PAC of Azania

The police officer who fired the shot that killed Tshwane University of Technology student Katlego Monareng outside the university's Soshanguve campus in 2018 has been handed a 15-year sentence for murder, said the Independent Police Investigative Directorate.

Constable John Slender was sentenced to a further five years for the attempted murder of another student who was injured during the unrest.

He was sentenced by the high court in Pretoria on Friday. The sentences will run concurrently.

“The court further declared the accused unfit to possess a firearm,” said Ipid, which had investigated the shooting.

Slender had been based at the Soshanguve police station when he and other police officers had responded to calls of protest action emanating from SRC elections at the university.

Students from the institution who spoke to TimesLIVE after the incident back in 2018 had said there was nothing that had pushed the police to fire live ammunition.

TimesLIVE was told that students had been demanding answers after an independent presiding officer was found with a box full of used ballot papers after the SRC elections.

The law student was fatally shot during a protest that erupted following allegations of irregularities and the rigging of SRC elections at the ...
News
3 years ago

“The person was caught and the students confronted him‚ wanting to know who had sent him. They wanted to assault him but the security guards intervened and took him to the control room. The next thing‚ there were police [officers present]‚” said a student‚ who asked that he not be named.

“They just released shots and we even found empty cartridges‚ to prove that they were not using rubber bullets‚” the man said.

Asked about Monareng's shooting‚ the student said: “It seemed like [he] had been shot in the head‚ above the ear.

“But he did not die at the scene. He had a weak pulse but it was there. He died on his way to the hospital.”

Ipid had at the time said police who had responded to the scene were carrying R5 rifles.

“The police reported that they fired at the ground with R5 rifles and that when they left‚ no-one was injured but police vehicles were damaged‚” said the then Ipid spokesperson Moses Dlamini.

“[The police claimed that they] were later informed that a student had been shot and injured. The student died in an ambulance en route to hospital on the R80 road‚” he said.

On Friday, Ipid welcomed the sentencing of Slender.

“Ipid management would like to congratulate our investigation team which was led by our principal investigator Mr Olebogeng Setlogelo for their hard work in ensuring that the family of the deceased obtains justice and closure,” said the police watchdog’s acting spokesperson Sontaga Seisa.