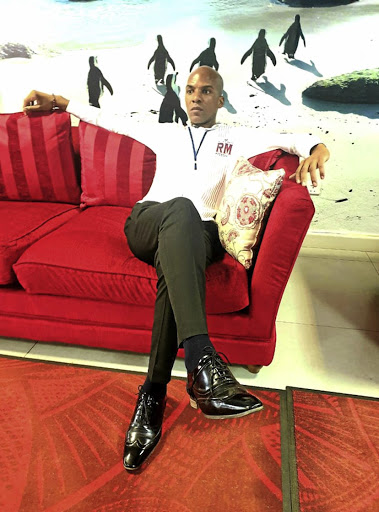 Vusumuzi Nkosi says he was beaten to a pulp, allegedly by police officers.
Image: SUPPLIED

Free State businessman Vusumuzi Nkosi is nursing injuries after he was allegedly assaulted by police on Thursday night while driving in Vereeniging, south of Johannesburg.

He has since opened a case of assault with intent to do grievous bodily harm (GBH) at the Tzaneen police station.

Nkosi said the incident happened on Thursday as he was driving from Bloemfontein to be with his family in Tzaneen, Limpopo.

"There was a roadblock just before Vereeniging and I was also stopped. A female traffic officer asked for my driver's licence and I gave it to her. She wanted to know where was my travelling permit since the country would be on lockdown in a couple of minutes. I told her I was self-employed and she said I should go get an affidavit from the nearest police station."

Nkosi said one police officer joined the traffic cop and allegedly slapped him when he asked the officer not to touch him because he did not want to be exposed to the coronavirus.

A 40-year-old Vosloorus man was allegedly gunned down in his yard, leaving four children who were caught in the cross-fire hospitalised.
News
1 year ago

"Another officer forced me out of my car, he pushed me to the ground and kicked me all over my body and head just because the officers felt that I was drunk. And when I told them I had never tasted alcohol they lost their cool. I thought I was going to die, especially when one of them said I should be kicked like a helpless dog," Nkosi said.

He said the incident happened in front of 15 other law enforcers but they did nothing to help.

Nkosi said after he was beaten to a pulp he could not feel his lower body and the ambulance only came two hours later and he was forced to drive himself to the hospital.

"The emergency personnel advised me to drive my car as the police would impound it. I was in excruciating pain. However, I am glad they did not kill me. Anything could have happened. I feel that my rights were violated because no-one has a right to assault me, let alone a police officer of the law, unprovoked and unjustifiably so," Nkosi said.

Independent Police Investigative Directorate (Ipid) spokesperson Sontaga Seisa said the case will have to be transferred to the police station nearest where the offence took place. "Free State province will have to investigate the matter and at the moment we can't talk about arrest as the docket will be transferred from Limpopo to the Free State for further investigations."