'Most of the world's airlines will be bankrupt by May,' says Centre for Aviation 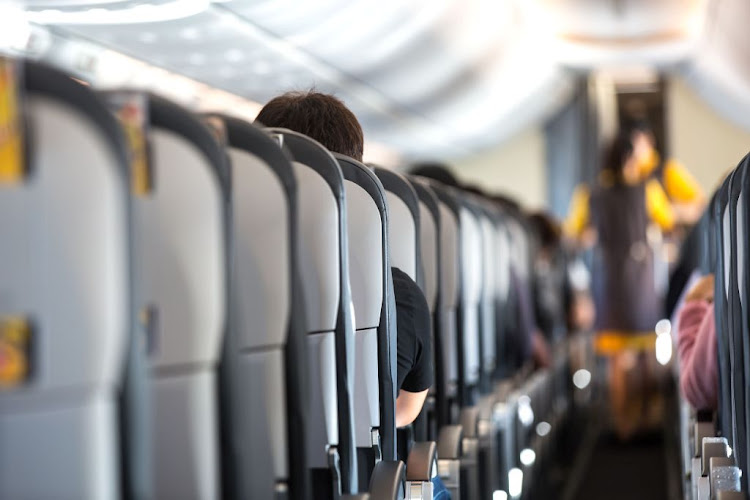 'This is a crisis and as far as the airlines go, it has never been worse,' says a local aviation expert as airlines worldwide scramble to contain the fallout from the coronavirus pandemic.
Image: 123RF / Martinkay78

Covid-19 is the most serious crisis to hit the transport industry in its entire history, an expert said on Wednesday.

“They have never experienced anything on this scale and magnitude before,” said aviation expert Linden Birns.

On Tuesday, the Centre for Aviation warned that by the end of May 2020, most airlines in the world would be bankrupt.

“Co-ordinated government and industry action is needed - now - if catastrophe is to be avoided. As the impact of the coronavirus and multiple government travel reactions sweep through our world, many airlines have probably already been driven into technical bankruptcy, or are at least substantially in breach of debt covenants,” said the centre.

Absa in Richards Bay, northern KwaZulu-Natal, has temporarily closed it doors pending the outcome of an investigation into a suspected case of ...
News
2 years ago

Birns said the industry was expected to be hit hard by the travel restrictions.

“Nobody is immune. Everybody at the moment has to look at their costs. Everybody is affected and has been affected immediately," he said.

“When the government announced the travelling restrictions, effectively they shut off the tap on foreign travellers coming into the country. That means a lot of people who would have flown into OR Tambo and caught flights to other parts of the country are no longer doing that.

“The consequences are immediate. It is just a matter of how airlines manage it. The key issue now is that we need to make sure that it doesn’t cause a financial crisis that brings the entire economy to a halt.

This is a crisis and as far as the airlines go, it has never been worse.

“This is a crisis and as far as the airlines go, it has never been worse.”

Numerous events across the country have been cancelled due to the outbreak. From graduation ceremonies, weddings and church gathering to music festivals. This has left many South Africans with booked flights and paid-for accommodation that are of no use to them any more.

In light of the measures given by the president to combat the virus, airlines in SA are facing clients who are demanding refunds and the wavering of cancellation fees.

Dr Sello Mashamaite bought return tickets with FlySafair this past weekend for his daughter's graduation, which has since been cancelled. “I bought the tickets and 30 minutes later we were told the graduation was cancelled,” he told TimesLIVE.

He immediately called the airline to cancel the tickets and get a refund. “They offered me two options. One was to change the dates and the other was to opt for a voucher that lasts for six months, but I would have to pay R300 [extra] per flight.”

Mashamaite said he was disappointed with the way the airline handled everything because the situation was beyond his control. “Even after I told them what the president had said and they are aware of what is happening in the world ... they still wouldn't give me a refund.”

He added that his accommodation cancellation with Booking.com went smoothly and he received a full refund.

SAA says it is offering customers one free change in reservations on selected international routes due to uncertainty caused by the coronovirus ...
News
2 years ago

FlySafair spokesperson Kirby Gordon said that at this stage they could not divulge the specific number of cancellations - but there had been a number.

“We are getting loads of calls at the moment,” he said, explaining that about half of these were customers seeking to confirm that their existing flights would still happen. "The other half are for requests for refunds and changes to existing bookings.

He said changes were free — the only thing that a customer would be required to chip in was a fare difference if there was one.

“If the flight you want to change to is more expensive than the one you purchased, then there will be a difference, but the penalty fee of R300 is being waived. Refunds to voucher - which would not be possible in normal circumstances - do incur a penalty fee.”

Comair is also waiving all change fees (a fare difference will also apply) with flights booked directly with them or through a travel agent for travel until May 17. This applies to any British Airways (operated by Comair) and kulula.com flights.

SAA chief commercial officer Philip Saunders said SAA would review its policies to ensure that customers could continue to travel with confidence.

“Our first commitment at SAA during the coronavirus pandemic is to look after our customers and staff alike. That is why we are helping customers with this special rebooking policy,” he said.

“There is a likelihood that we’ll see local airlines start to rationalise their schedules, reducing frequencies to try to meet demand,” said Gordon.