WATCH | Somizi gets tested for Covid-19, expresses concern about the cost 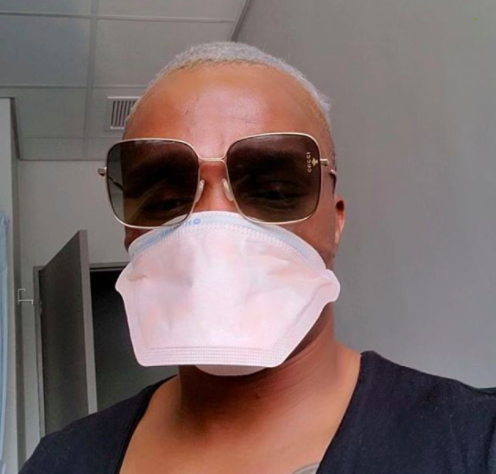 Somizi got tested for the coronavirus and expressed his concerns regarding the virus and how much it cost to get tested
Image: Screenshot via Instagram

Somizi Mhlongo-Motaung is the latest to weigh in on the cost of a coronavirus test.

The media personality and Idols SA judge was tested for the virus at a private hospital on Tuesday, after experiencing a sore chest from coughing.

In a video on Instagram, Somizi expressed concern regarding the virus and how much the test cost.

The virus was declared a national state of disaster on Sunday by President Cyril Ramaphosa.

“So guys, I am at a private hospital to do tests for the coronavirus ... but also like my chest, I am coughing so you never know,” said Somizi, wearing a face mask.

When he was told that how much the test cost, Somizi said the answer broke his heart.

More than 1,700 people are trapped aboard a cruise liner in Cape Town amid a Covid-19 scare.
News
1 year ago

According to the Sunday Times, the test costs about R1,200 and is only open to people who have been referred by their doctor.

EWN reported that Lancet Laboratories clarified that the cost of the test was R1,400.

“But then I get here and I ask how much is it and they go 'a thousand four, a thousand five'. That broke my heart. I asked what happened to people who can't afford it and they said 'no there are public hospitals'," Somizi said.

“I feel that something needs to be done about this. Even if I can afford it, I think it's too much (money) and I think they should start putting things in place because it might get worse and are we ready for it.

“I think this is where the department of health and the presidency needs to step in and really do something about it because not everyone has access to proper clinics and hospitals and I do not think that people should pay to get tested for something like this,” he said.

However, to have the test done, one needed to present flu-like symptoms, have recently travelled to a high-risk country or come in contact with a confirmed case.

Social media was in chaos mode this week about the cost of private coronavirus tests.
News
1 year ago

These medical schemes will cover coronavirus costs for members

As the flu season starts in mid-March, more people will start showing signs of flu, which are also the first signs of the coronavirus.
Business
1 year ago
Next Article