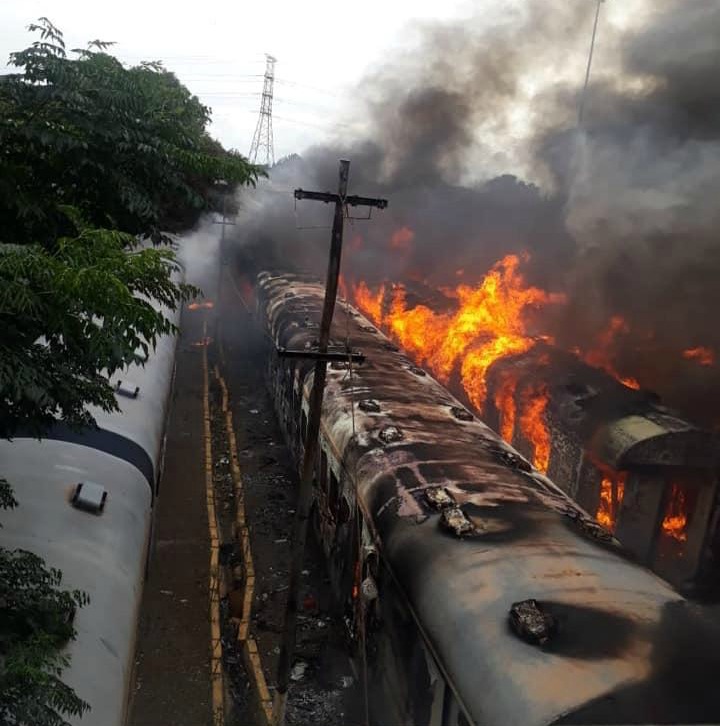 Prasa has appealed to community members to help find those responsible for torching trains in Bloemfontein.
Image: Facebook/Karin Minnie

The Passenger Rail Agency of South Africa (Prasa) says a fire that destroyed 24 train carriages in Bloemfontein on Saturday may have been started deliberately.

“The youths it seems returned and deliberately set fire to two old coaches staged at the depot of trains earmarked for refurbishment and repairs. These acts of criminality unfortunately contribute negatively towards further reducing the rolling stock available,” said Prasa spokesperson Lillian Mofokeng.

Prasa said no services would be disrupted but the fire had affected critical cables at the depot.

“On Saturday, at about 2.30pm a Prasa employee indicated that he saw smoke from the carriages parked on the rails next to the Bloemfontein railway station. On further inspection he noticed that a number of train carriages were on fire,” said Mbambo.

It was later discovered that 24 carriages, worth millions, had been burnt.

“The cause of the fire is under investigation but it has been determined that there was no electricity or fuel in the carriages,” added Mbambo.

People with information that could lead to the apprehension of the suspects were urged to contact the police.